When the clock strikes midnight on December 31, 2019, the maritime world enters a bold new era of emission reduction. With its growing fleet of methanol fueled ship and more than 60,000 hours of operating experience under its belt, Waterfront Shipping Company has a five-year headstart.

As a general rule, shipowners are remiss to share insights on their operations, lest their competitors catch wind and leverage the same technology and savings. The case of Waterfront Shipping Company Ltd. – which is a world leader in terms of experience in using methanol as marine fuel with more than 60,000 hours under their belt – is different, as Waterfront is a wholly owned subsidiary of Methanex Corporation and Marinvest/Skagerack. Earlier this year Waterfront Shipping welcomed two new ships, M/T Mari Couva and M/T Mari Kokako, of four in total coming into the Waterfront Shipping fleet in 2019.

“It is important that we share our experiences and make the industry aware that methanol is a well-proven, simple-to-adopt solution offering compliance with IMO 2020 regulations and provides a pathway to meeting IMO 2030 and 2050 CO2 emission targets,” said Patrik Mossberg, Chairman, Marinvest.

“Methanol as a marine fuel concept started for us and Marinvest back in 2012, with the initial discussion centering on retrofitting existing vessels,” said Paul Hexter, President, Waterfront Shipping. “After detailed analysis, the decision was taken to focus on new builds, with our first seven methanol-powered vessels ordered the following year and delivered in 2016. Those ships have now run on methanol for over 60,000 hours, and during that time we have gained valuable operational experience, incorporating learnings into the new vessels, and proven that the technology works. We are very pleased with the performance of the first seven vessels, and are excited about the new, second-generation ships, three of which we have already taken delivery of. The second-generation vessels benefit from innovative technological advancements that continue to optimize efficiency.”

“We were aware of other options and evaluated them, but we are confident of the positive benefits of methanol, and believe it is one of the best clean burning fuels for the wider shipping industry,” said Hexter. “Methanol might not be too familiar to the marine industry, but it is one of the top five commodity chemicals traded globally with a long history of safe transportation and safe handling.” 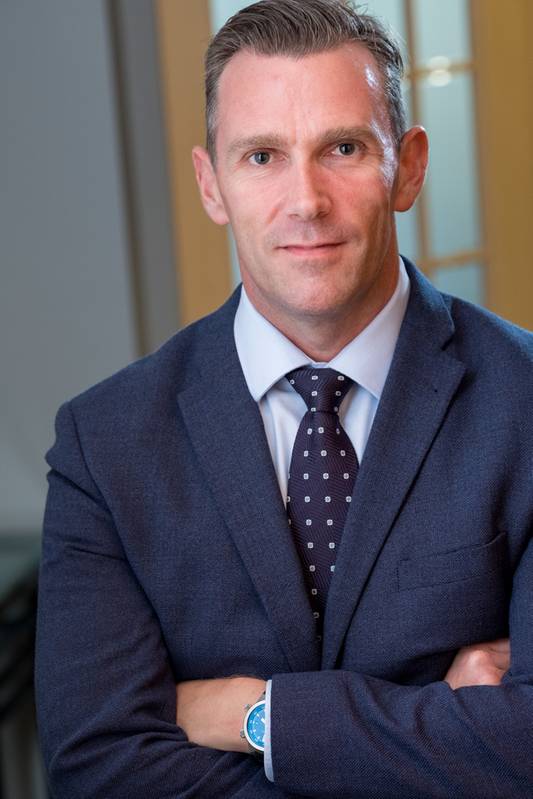 “Through those first 60,000 hours the engines and technology are proven to work, and the performance and safety aspects have been excellent. We’re achieving better fuel efficiency, and we’ve had no loss-of-power incidents due to the technology.”
Paul Hexter, President, Waterfront Shipping

The Business Case for Methanol

The first consideration for any alternative fuel is availability, a ‘chicken and egg’ situation that continues to play out in regards to LNG as a mainstream maritime fuel. “Methanol is a cost-competitive marine fuel, it is readily available and the infrastructure for bunkering will be easy to establish, said Hexter. “The dual-fuel engine technology is flexible, so you have the choice of using the lowest cost fuel, hedging your risk to price volatility in the market.”

“Methanol as a marine fuel has many benefits from the dual fuel capabilities of the engines, the ability to meet Tier III without exhaust after-treatment, the lower infrastructure cost because of its liquid nature, to the fact that methanol is sold on a global specification. When we look ahead, methanol is also future-proof because it can be produced from renewable sources providing a pathway to compliance with future IMO emission regulations,” said Hexter. “Compared to HFO, methanol is more expensive. Compared to MGO on an energy equivalent basis, we’ve seen it as competitive. There is a modest incremental cost in building a methanol-powered vessel, however, compared to other low sulfur options, such as LNG, the cost is significantly lower, both for onshore bunkering and for the vessel. As a liquid fuel, methanol does not require cryogenic storage making it simple to bunker with existing infrastructure and doesn’t require additional exhaust after-treatment to meet Tier III NOx standards. The business case for a methanol engine makes sense and the flexible nature of these engines to burn multiple fuels is enormous.”

As anyone in the shipping business can confirm, there are no perfect technical solutions. The team responsible for these innovative ships are not remiss to point out problems along the way, but note that there are no ‘show stoppers’ that would dissuade wider application of methanol as marine fuel.

“Our experience to date has led to what I think is best termed ‘simplification’,” said Fredrik Stübner, Director Ship Management, Marinvest. “For example, the piping arrangements. In the first-generation engines, there were a lot more pipes than you see on your standard engine. In the second-generation engines, this was modified to place them inside the cylinder head, making it more maintenance friendly.”

“Also, in the beginning, the methanol booster injection valves had a cooling and a sealing oil. After our operating experience we realized that we didn’t need the cooling oil, which helped to reduce piping.”

“Because methanol is a dry fuel with no lubricity, you need to lubricate moving objects in the booster valves. Every time you switch off conventional fuel you would have hydraulic oil coming into the methanol system. That pressure of the sealing oil is reduced now, so the consumption has dropped from the first series of engines. Valve changes and software changes have been instrumental in improved performance.”

While Stübner does concede that that “there are more components on the engine, including an additional fuel supply system, there are added maintenance requirements,” he said the extra cost overall Is minimal, particularly when considering there is no “additional investment in scrubbers and SCRs needed.” 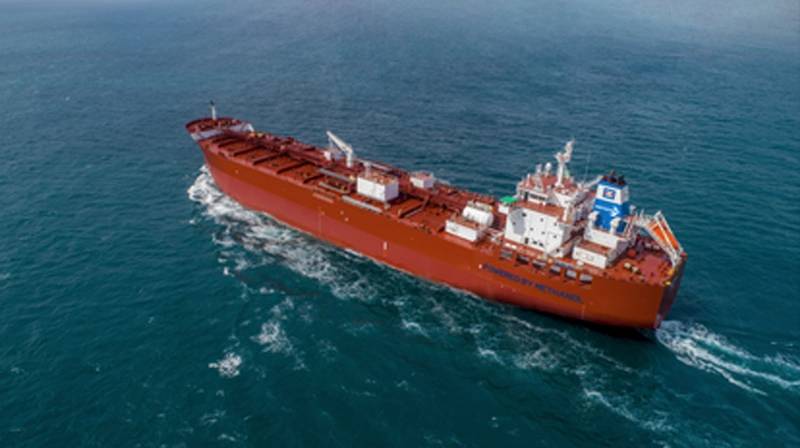 While there are no firm plans to build more ships beyond the four delivered in 2019, Hexter noted that today, with a fleet of 30 ships, 40 percent of the fleet is running on methanol and “we are often reviewing our fleet requirements. There is nothing on the order books today, but there will be a replacement and newbuilding plan in the future.”

The four new vessels are also able to meet IMO Tier III emissions standards without the need for exhaust gas after treatment.

“With partners like Marinvest, and the work done by MAN ES on the technology, methanol made a lot of sense to us,” said Hexter.

“We knew 2020 and more strict environmental regulations were coming, and we expect demand growth for clean burning fuels such as methanol to continue.”

René Sejer Laursen, Promotion Manager at MAN Energy Solutions said “We developed the ME-LGIM engine in response to interest from the shipping world in alternatives to heavy fuel oil. With the growing demand for cleaner marine fuels, methanol is a sulfur-free alternative that meets the industry’s increasingly stringent emission regulations. We are also very happy to collaborate once again with Methanex, whose vessels have showcased the benefits of operating on methanol and that meeting Tier III limits is possible through mixing methanol with water.

Furthermore, a methanol-burning engine can enable the vessels to meet future greenhouse-gas emission standards as methanol can be produced

in a carbon-neutral fashion from renewable sources.
As such, the ME-LGI concept is mature technology and MAN Energy Solutions looks forward to exploring its many possibilities in the future.” 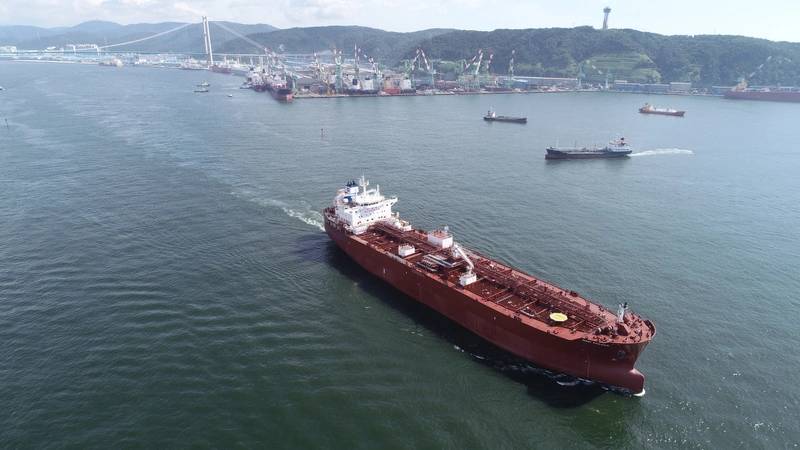 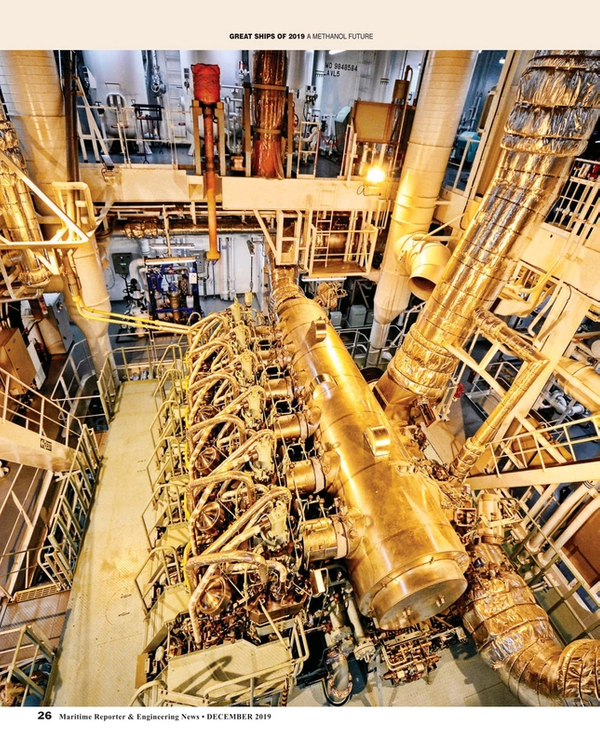