Orders pour in for marine lifting machinery; State-of-the-art equipment installed on vessels and in ports 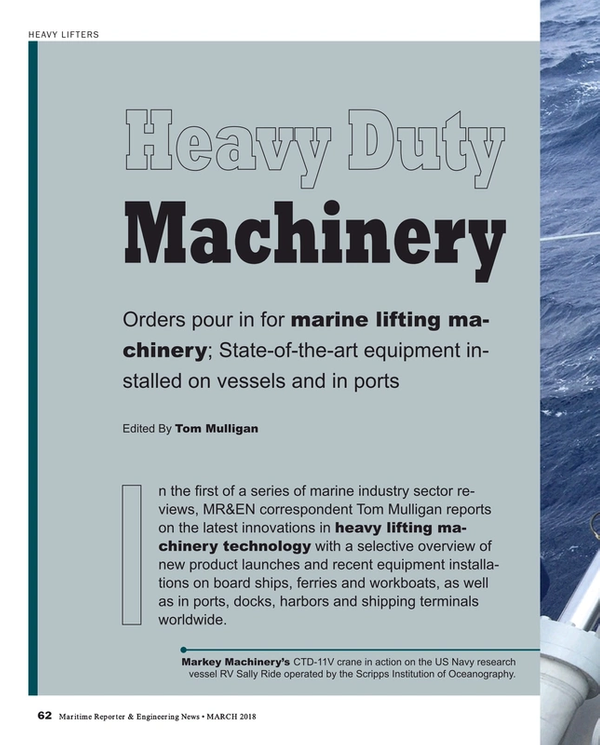