Underneath the glistening patchwork of blues and greens lurks an intricate world of unique animal communities, diverse landscapes, and changeable conditions. The ocean is also one of the most extraordinary and fascinating ecosystems on the planet - a place that can host both the source of a problem and the solution. In the maritime sector, an estimated $56 million a year is associated with biofouling for the US Navy alone.

Anti-fouling coatings have the potential to reduce millions of tonnes of greenhouse emissions each year, but the industry is yet to find an effective method that is also environmentally friendly. Dr. Maria Salta, an environmental microbiologist at the UK’s University of Portsmouth is exploring how nature's ability to self-clean might hold the secrets we need to keep moving and static structures foul free.  If successful, not only will she save the shipping industry millions, but help protect the planet from further exposure to toxic substances from which marine communities still suffer the impact of today.


Anti-fouling coatings reduce 384 million tonnes of carbon dioxide and 3.6 million tonnes of sulfur dioxide each year. The International Maritime Organisation estimates that without corrective action and the introduction of new antifouling technologies, greenhouse gas emissions could increase around 38 percent to 72 percent by 2020.

For over thirty years Tributyltin (TBT) was the active agent in antifouling paints used extensively in the maritime sector. It wasn't until the 1980's that it was realized to be one of the most harmful substances knowingly introduced into the marine environment. TBT was causing severe damage to non-target animals in the wider marine environment, such as deformities in shellfish and mollusk communities, reduced growth of algae and toxic effects in young fish.

Dr. Maria Salta is an expert in marine biofilms with a particular research interest in environmentally friendly anti-fouling coatings. “Until 2003, the maritime industry was using TBT which was successful but a very toxic substance. It was acting against non-target animals, and along with many other side effects, it was changing their sex. The toxins from TBT have been accumulating in the water and sediments since it was first used in the industry in the mid-60s. It took over 30 years to ban it entirely - but by then it already did a lot of irreversible damage."

Salta’s research explores solutions that mimic natural systems to stop marine growth on ship hulls. Scientists have studied in microscopic detail what makes the skin of whales, sharks, and some other marine creatures capable of deterring barnacles, mussels, and algae which attach to human-made structures left in the sea for an extended period of time. While the first layer of colonization (biofilms) are hugely important, it is often ignored in research.

Salta explains, “Biofilms (aka slime) are the first layer of colonization made up mainly of diatoms and bacteria. Many people believe this layer is the first to form on a surface but also acts as a food source for larger organisms, such as spores and larvae, that eventually firmly attach.  The biofilm alone can cause up to 18 percent of fuel penalty with less than 1-millimeter thickness. So, not only is it a food source but creates huge issues by themselves including surface roughness that impacts the hydrodynamics of the ship, pitting and biocorrosion of marine pipelines, aquaculture and more – not just ships."

Biofouling affects all human-made objects in the aquatic environment. For Salta, finding a solution meant she must first find ways to remove the biofilm. "It's fascinating because it is such a dynamic micro-community with so many different organisms.  In fact, for algae and barnacles - which are the main issue when it comes to shipping - the maritime industry does have some methods to cope with this problem. They use silicone based coatings very much like the non-stick surfaces found on our frying pans. The organisms attach, but when the ship starts moving, they fall off.  This is an excellent tactic, but works better at high speeds and not at all effective for static objects. On top of that, the biofilm is still there causing havoc."

Through her research, Salta has now developed a range of innovative techniques to test various antifouling coatings, materials and fouling behaviors in the laboratory that simulate natural conditions.  "There was a gap in these techniques for a long time until now, and in many respects, people are still using basic methods. For example, when testing antifouling materials, scientists often do it in a static environment – although informative, it doesn't represent the real environment as biofilms are always exposed to flow. Even if the ships aren't moving there are tides, so they are never truly 'static.' I developed a new method that incorporates hydrodynamics so I can see what happens when biofilms are under flow that would be more representative of the natural environment. I have also developed high-throughput methods that assess how biofilms form directly on experimental and commercial coatings." said Salta.

"We also now know that biofilms prefer to attach to some surfaces more than others. The problem is that often bacteria adapt - if you modified the surface properties, the bacteria could potentially modify themselves to overcome the barriers.  We don't know how or why and to what extent microorganisms adapt according to the surface, so as part of my research we're looking at species–material associations.  New results came out recently and they look exciting. But before we can prevent biofouling we first need to understand biofilms -  why are these microorganisms attaching to where they are attaching and how? And then we'll find a solution in parallel to that research."

Salta’s work covers a variety of angles including biomimetics and next-generation sequencing "When the muscles are very young, proteins may help them stay foul free.  But the solution will not be straightforward because both chemistry and biology are involved. For example, the seaweed is not entirely foul free, it also has bacteria on it. So, do the bacteria play a role in keeping the seaweed free of other biofouling organisms? There are times when this has been shown to be the case.

Large marine animals have also been looked at because of their relatively foul-free existence. New technologies draw inspiration from the surface’s shape, and pattern found on marine organisms, such as the shark. For example, the shark’s surface works hydrodynamically, and the 'scales' help to create little vortices that in theory work to deter bacteria from attaching, colonizing, and forming biofilms. Salta explained that these types of technology have had some success; however, they are often short-lived because the biofilm can eventually form a layer over the surface. 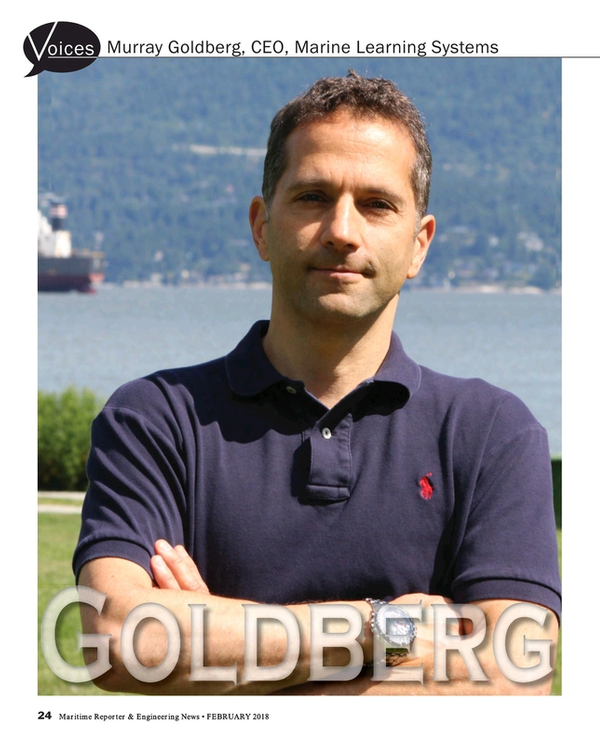