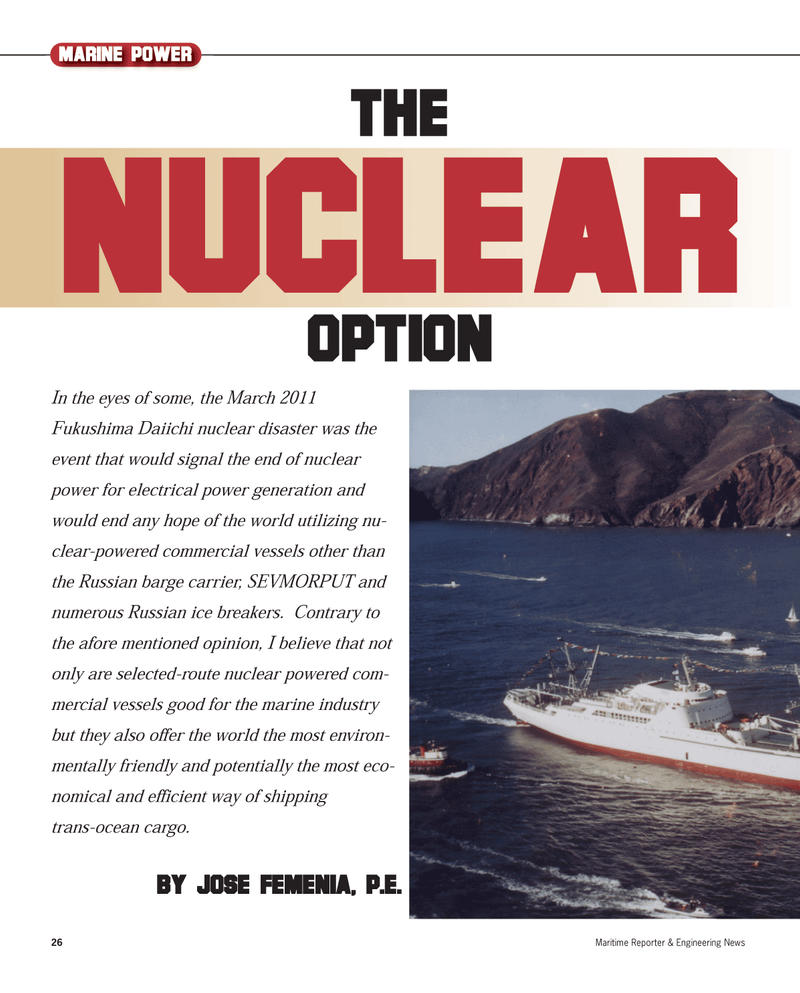 26Maritime Reporter & Engineering News Marine PowerTheNuclearIn the eyes of some, the March 2011 Fukushima Daiichi nuclear disaster was the event that would signal the end of nuclear power for electrical power generation and would end any hope of the world utilizing nu-clear-powered commercial vessels other than the Russian barge carrier, SEVMORPUT and numerous Russian ice breakers. Contrary to the afore mentioned opinion, I believe that not only are selected-route nuclear powered com- mercial vessels good for the marine industry but they also offer the world the most environ- mentally friendly and potentially the most eco-nomical and efficient way of shipping trans-ocean cargo. By Jose Femenia, P.E.OptionMR#9 (26-33):MR Template 9/11/2012 1:52 PM Page 26