A major new stage in the reorientation of the Wilh Wilhelmsen fleet has been implemented with the January 2004 arrival in China of the first of five Mark 1 deep-sea, combined RoRo container (ConRo) vessels for reconstruction.

Five ships of the Tourcoing class, dating from 1978 and 1979, are to be rebuilt with a garage section on the weatherdeck providing capacity for about 1,800 cars. The program has been assigned to Chengxi Shipyard, and follows similar work undertaken on four other ConRos in 2002 and early 2003 by Nantong Ocean Ship Engineering.

The quintet of quarter-ramped vessels to be processed at Chengxi over the January-May period are jointly owned by Oslo-based Wilh Wilhelmsen and Wallenius Lines of Stockholm, and were built to transport heavy cargo and up to 1,800/1,900-TEU containers, with the flexibility also for factory-new cars, trucks and other vehicles and ro-ro freight. The very substantial container capacity on the weatherdeck will be supplanted by garaging encompassing five new car decks and the main deck level.

The circa 1,800-car intake of the new area will optimize the vessels around the RoRo concept, and contribute to the further development of Wilh Wilhelmsen's car carrier business. The adaptation of each vessel is scheduled to take 45-50 days and cost $4.6-million. 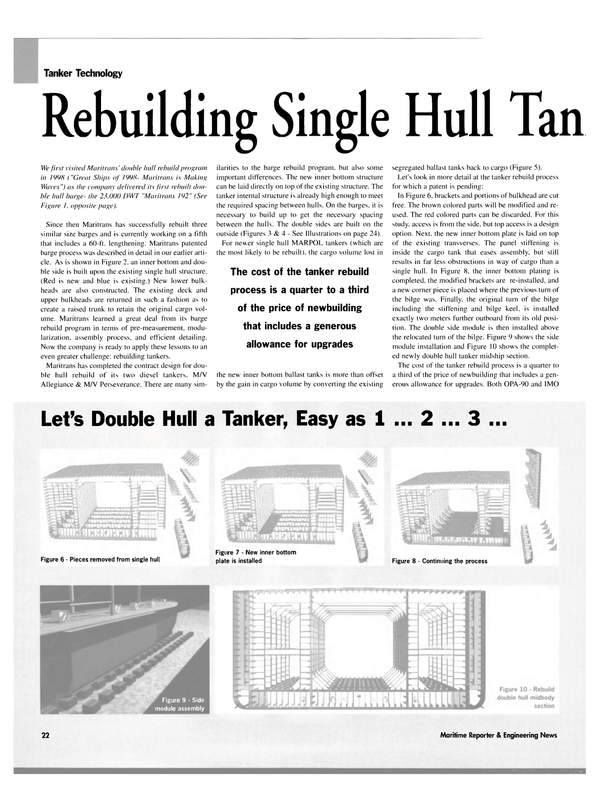