PDVSA Plans To Double Fleet By 1996

As part of a strategy to take responsibility for shipping half the crude and product exports from Venezuela, the shipping arm of Venezeulan oil company Petroleos de Venezuela (PDVSA) is planning to build up to 22 new vessels spanning diverse ship types over the next five years.

According to industry sources, PDVSA has drawn up a detailed plan which would more than double the size of its existing fleet by 1996 through the addition of crude tankers, product carriers, liquefied petroleum gas (LPG) carriers, dedicated Orimulsion carriers and a single lube carrier.

PDVSA is looking for eight tankers plus 14 ships of various types. In addition, the Venezuelans are planning to build four specialized ships of 60,000 tons each to carry Orimulsion, a bitumen-based liquid becoming increasingly popular for use in power stations as an alternative to oil.

Recently, PDSVA opened financial negotiations with shipbuilders for the crude tankers it is planning.

Orders for four ships worth about $220 million will be placed initially, with options taken out for a further four. 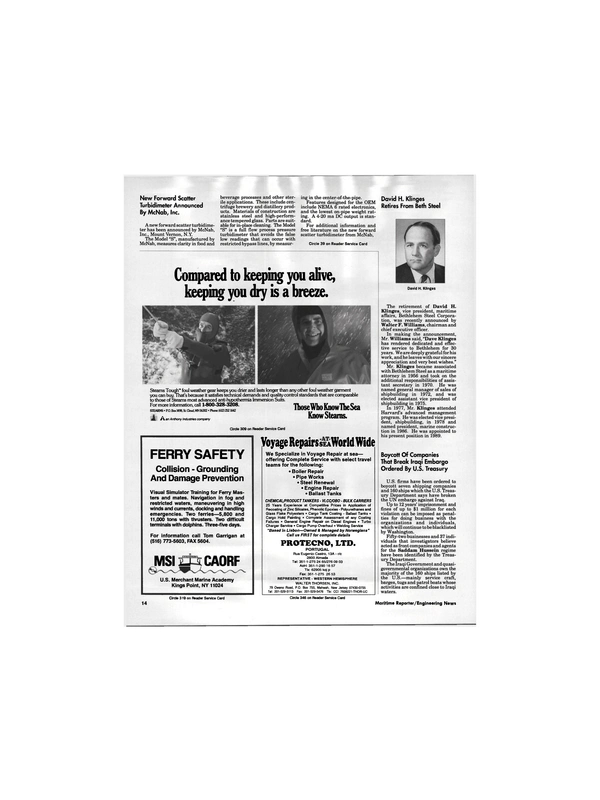 Read PDVSA Plans To Double Fleet By 1996 in Pdf, Flash or Html5 edition of May 1991 Maritime Reporter

Other stories from May 1991 issue