The primary purpose of the trial was to test the propulsion plant under full power and to perform essential combat systems alignment.

Marinette Marine Corporation, as one of two U.S. shipbuilders selected to build the MCM vessel, is a fully integrated shipyard capable of implementing all of the program objectives.

Marinette's 70,000-squarefoot ship erection building was specially designed and built to accommodate the construction of MCM Class ships. This massive facility is totally dedicated to the construction of minesweepers, and enables Marinette to produce two MCMs simultaneously in an environmentally controlled area. 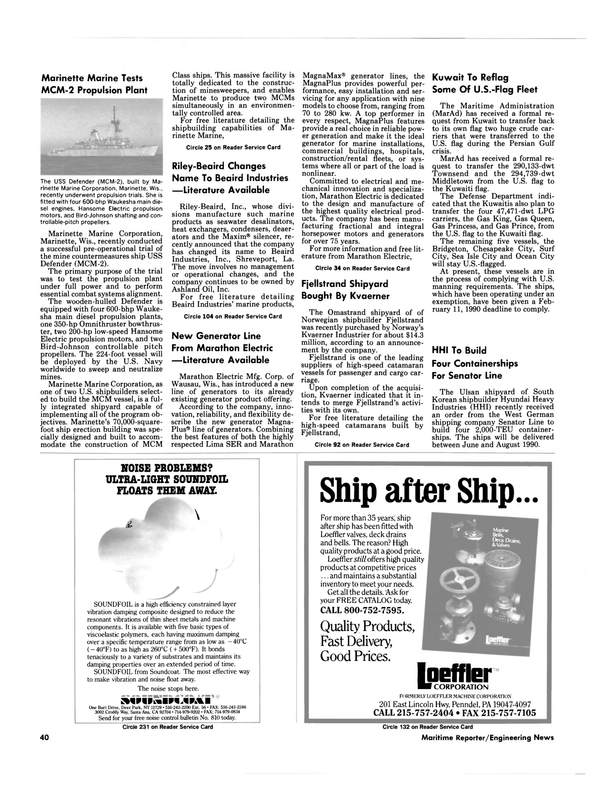