The Seatrade Group will hold Maritime London 89, a week of business activities focusing international attention on London's involvement in world shipping, will be held at the Barbican Center in the City of London from April 17-21, 1989.

Seatrade also announced that it will sponsor three major annual industry awards, for outstanding contributions to safety at sea, the fight against marine pollution, and the search for greater efficiency in ship operations. These three Seatrade Awards, adjudicated by an international panel of judges, chaired by C.P. Srivastava, secretary general of the International Maritime Organization (IMO), will be presented to the winners at a dinner in the City of London's Guildhall on Monday, April 17. Over 600 senior people from all sectors of maritimerelated business worldwide will gather for a reception and formal, black-tie dinner to honor the award winners.

One of the cornerstones of the Maritime London 89 event, the Seatrade Expoship London 89 exhibition, which has been bringing buyers and sellers together since 1983, will take place over four days, from Tuesday, April 18 to Friday, April 21, in all four halls of the Barbican Center. A new feature of the exhibition will be a series of on-site technical and financial seminars that are expected to attract a record attendance to the show. In the past, this major exhibition has attracted an international attendance of between 6,000 to 10,000 industry personnel.

Other features of the Maritime London 89 week will include the Money & Ships Conference, a major debate on important issues affecting the industry, to be held in the Barbican Center. 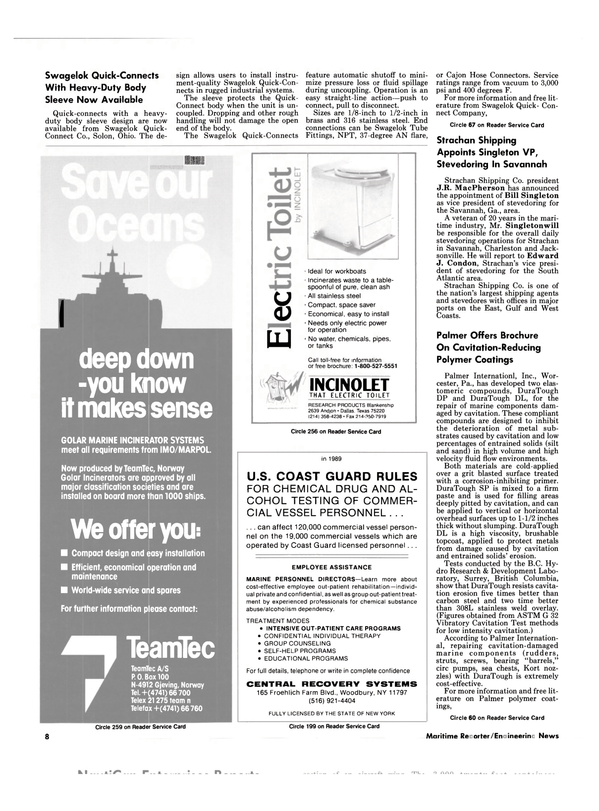