Both materials are cold-applied over a grit blasted surface treated with a corrosion-inhibiting primer.

DuraTough SP is mixed to a firm paste and is used for filling areas deeply pitted by cavitation, and can be applied to vertical or horizontal overhead surfaces up to 1-1/2 inches thick without slumping. DuraTough DL is a high viscosity, brushable topcoat, applied to protect metals from damage caused by cavitation and entrained solids' erosion. 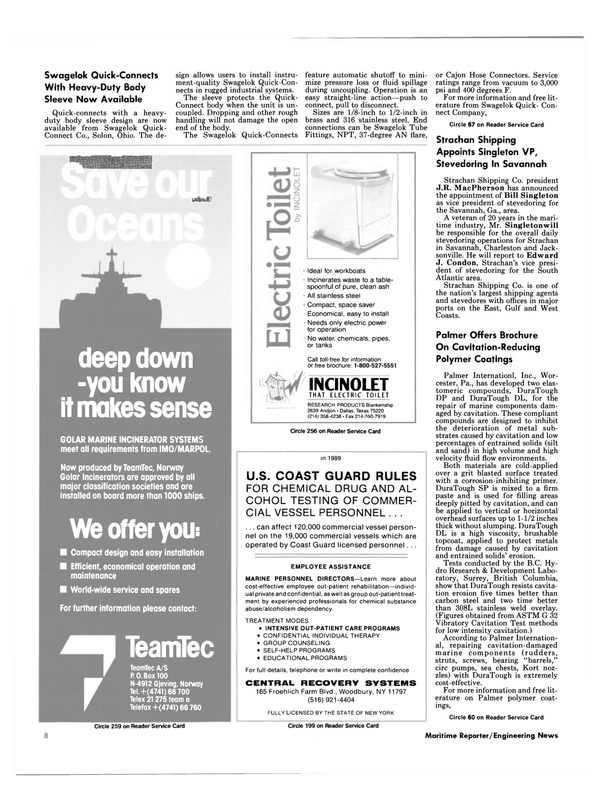