The award was presented to Peter and John Lombard, principals in The Saugus firm.

The TFC Corporation has been involved in maritime compactor applications for nearly two decades with installations in U.S. Navy and Coast Guard ships as early as 1974.

Subsequent maritime sales for these compactors tors have included offshore oil rigs and U.S. foreign merchant ships. The worldwide popularity of the Pollution Packer line is due, in part, to these machines' ability to cube, bag, and box wet and dry wastes in sealable packages and to bale cardboard wastes as well.

The AUMC firm has its headquarters in Saugus and operates sales and service offices in New York City and Baytown, Texas. 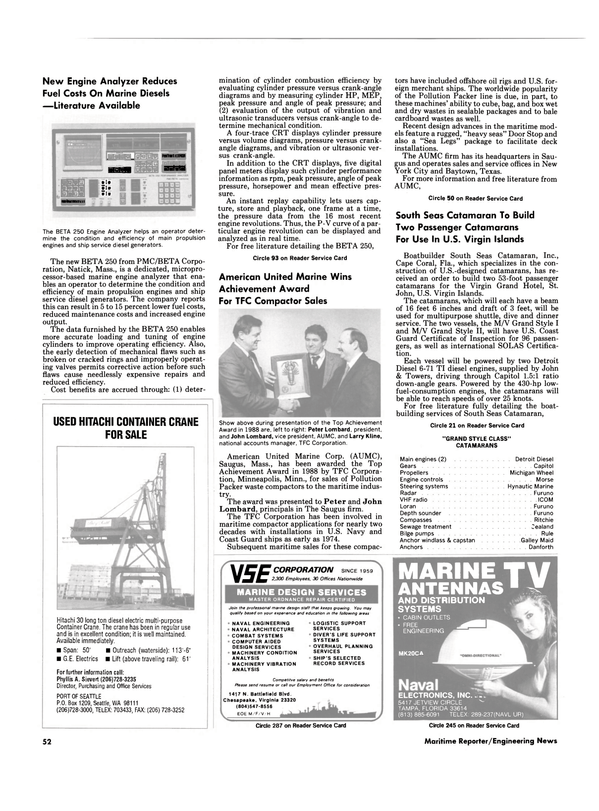