1987: A YEAR OF MAJOR THREATS AND IMPORTANT VICTORIES

Dena L. Wilson Vice President-Legislative Affairs The American Waterways Operators AWO's legislative activities serve two primary functions: the first, and most significant, revolve around active participation in the federal legislative process to influence the outcome of House and Senate action on specific bills. This objective is many times achieved with the help of industry coalitions. The second objective is maximizing AWO member involvement in the legislative and political process. The Association's legislative objectives are reinforced by member involvement on specific issues. Under the chairmanship of William P. Morelli, associate general counsel and director of government relations, Midland Enterprises Inc., Cincinnati, Ohio, the AWO Legislative and Legal Committee, in conjunction with the board of directors, guides the Association's activities in the legislative area.

Much of AWO's resources in 1987 were devoted to eliminating maritime services from the scope of the recently concluded U.S.-Canada Free Trade Agreement. In response to Canada's interest in gaining access to the entire Jones Act trade (inland, coastwise and Great Lakes), the U.S. Trade Representative alternatively proposed "grandfathering" the existing Jones Act while allowing Canadian vessel operators access to any new or expanded cabo- tage laws enacted after the effective date of the trade agreement. AWO, along with all segments of the U.S.

maritime industry, organized together to mount an unprecedented battle to save the Jones Act and the future of the U.S. merchant marine.

This battle was waged on a variety of fronts: in the Executive branch, the Congress, and in the media. Legislative efforts initially revolved around building support for concurrent resolutions introduced by Representative Walter B. Jones (D-NC), House Merchant Marine and Fisheries Committee Chairman, and Senator John B.

Breaux (D-La), Chairman of the Senate Merchant Marine Subcommittee, expressing opposition to using the Jones Act in negotiations with Canada. These resolutions received overwhelming bipartisan support, with a majority of representatives and senators signing on as cosponsors. Despite the Congressional outcry, the U.S. Trade Representative refused to take maritime services off the negotiating table.

Procedurally, the timetable established for approval of the agreement made it critical that maritime services be deleted from the text prior to submission to Congress.

Once sent to Congress, a special "fast-track" process forbids any amendments to the agreement. Accordingly, the second phase of the legislative battle required a revision to the "fast-track" procedures to allow one amendment to be in order— the elimination of maritime services. This revision was approved by the Senate Rules Committee.

Shortly before U.S. and Canadian negotiators put the finishing touches on the text, Congressional oversight hearings were announced, implementing the third phase of legislative efforts. The announcement of these hearings followed months of communication between senators and representatives to the U.S. Trade Representative, the Secretaries of the Treasury, Transportation, Defense, and the President and his staff. The decision to eliminate maritime services was finally made public on December 7, 1987, a major victory for AWO and the maritime industry.

The AWO membership actively participated in this united effort to save the Jones Act. Operators— inland and coastal—urged their representatives and senators to cosponsor the Jones and Breaux resolutions, and asked members of the Senate and House Rules Committees to vote for a rules change so Congress could eliminate maritime services from the FTA if the trade negotiators did not. AWO members traveled to Capitol Hill and contacted officials at the highest levels of the Administration to seek assistance.

Despite this victory, the precedent established by placing maritime services on the bargaining table might cause the issue to find its way into the GATT negotiations, and in the discussions leading up to a U.S.-Mexico Free Trade Agreement.

As a part of its agenda for 1988 and beyond, the Association will monitor and strive to influence future U.S. negotiating positions on maritime issues.

AWO continues to identify areas where the Jones Act should be modernized to reflect transportation patterns of today. Most notably, AWO advocates extension of the Jones Act to all transportation activities within the 200-mile >usive Economic Zone. Specifically, AWO has sought clarification that transportation of valueless material, i.e., sewage sludge and dredged material, falls under the jurisdiction of U.S. cabotage laws.

This issue gained prominence in May 1986 when the City of New York contracted with a foreign shipyard to build four barges for sewage sludge disposal at an EPA-designated site 106 miles off the coast of New Jersey. Legislation was introduced, H.R. 82, to require that future construction be performed in U.S. shipyards and that towing of existing and future barges be performed by U.S. companies utilizing U.S. crews. The bill was unanimously approved by the House of Representatives in July 1987, and the Senate Commerce, Science and Transportation Subcommittee on Merchant Marine held a hearing on sim- ilar legislation, S. 1988, immediately after Congress convened in 1988.

Enactment of this legislation remains an AWO priority.

In 1987, the Administration continued its efforts to persuade Congress to impose Coast Guard fees on commercial vessel operators for indirect services, i.e., aids to navigation, and direct services, i.e., inspections, documentation, and licensing of personnel, and will likely make one last attempt in 1988. Testifying at June 1987 hearings conducted by the House Coast Guard and Navigation Subcommittee, AWO Chairman Capt. Arthur M. Knight, executive director, Reinauer Companies, reiterated the industry's longstanding opposition to Coast Guard user fees. Captain Knight emphasized that the services in question are the result of statutorily-mandated requirements for which enforcement responsibility has been given by Congress to the Coast Guard. In response to that Congressional mandate, the agency performs a governmental function and has promulgated rules and regulations with which the industry must comply.

The industry remains opposed to the imposition of Coast Guard user fees; tug and barge operators have participated and shared in the effort to reduce the deficit through various user taxes currently paid to the Treasury. The Inland Waterways fuel user tax will double by 1995 under the Water Resources Development Act, P.L. 99-662. Port user fees were also established under this Act. The harbor maintenance fee established in P.L. 99-662 imposed, as of July 1,1987, a new tax on cargo transported by water. Since January 1, 1987, AWO members have been paying a tax for cleanup of leaking underground storage tanks. Additionally, many vessel operators have been paying user fees to the U.S.

These were fees that are in addition to the corporate taxes imposed on American business in general. It appeared that this burden would be somewhat ameliorated in late 1987 due to House passage of an amendment restoring the full deductibility of meals provided to crew members on vessels. This AWO-backed amendment, intended to correct the impact of the 1986 Tax Reform Act's limitation of the deductibility of business meals and expenses to 80 percent, will be addressed in 1988.

Since 1975, AWO has supported the establishment of an oil-spill cleanup and compensation fund to replace the four existing specialized funds, provided that such legislation preempted state requirements, provided reasonable limits of liability, and compensated legitimate victims of oil spills. Oil-spill legislation has traditionally been adopted by the House of Representatives, but stalled in the Senate primarily due to the body's opposition to legislation preempting the states from imposing duplicative taxes, damages or liability schemes. In 1987, the House Merchant Marine and Fisheries Committee modified previous legislative efforts to make its bill more amenable to the Senate.

As a result, AWO testified before that Committee and the House Public Works and Transportation Committee stating that the pending legislation, H.R. 1632, cannot be supported because the bill fails to fully preempt state laws and requirements in the event of an oil spill; encourages the filing of speculative claims for economic damages by encouraging anyone with a remote connection to a spill to file a claim; allows payment of natural resource damages beyond those legitimately incurred for replacement or restoration; and, allows the calculation of assessment of damages based on a computer model rather than on actual replacement or restoration costs.

Despite House efforts to force a conference between the two chambers by including H.R. 1632 in the omnibus budget reconciliation measure, the Senate Environment and Public Works Committee refused to consider oil-spill legislation during 1987. The House Merchant Marine and Fisheries Committee leadership will renew efforts to enact a bill during 1988. AWO will continue its efforts to strengthen H.R. 1632's preemption and to reduce the scope of damages compensable under the bill.

In 1987, members of the Senate Environment and Public Works Committee and the House Energy and Commerce Committee began consideration of sweeping amendments to the Clean Air Act, generated in large measure by the need to extend the December 31, 1987, deadlines contained in the current Act. Under these deadlines, municipalities which fail to comply with standards for ozone and carbon monoxide levels face a variety of punitive sanctions. The House bill is still under development, with a markup scheduled for the week of February 8, 1988. The Senate proposal, S. 1864, would mandate new and onerous requirements for most industries in order to achieve further reductions in air quality, regardless of the feasibility, effectiveness and economics of the new requirements.

While few of these requirements specifically reference the marine industry, certain generic provisions in the bill would require significant changes in operating practices.

AWO is currently conducting a thorough analysis of both the Senate bill and the various House proposals, and will be actively participating with industry coalitions established to improve the legislation. 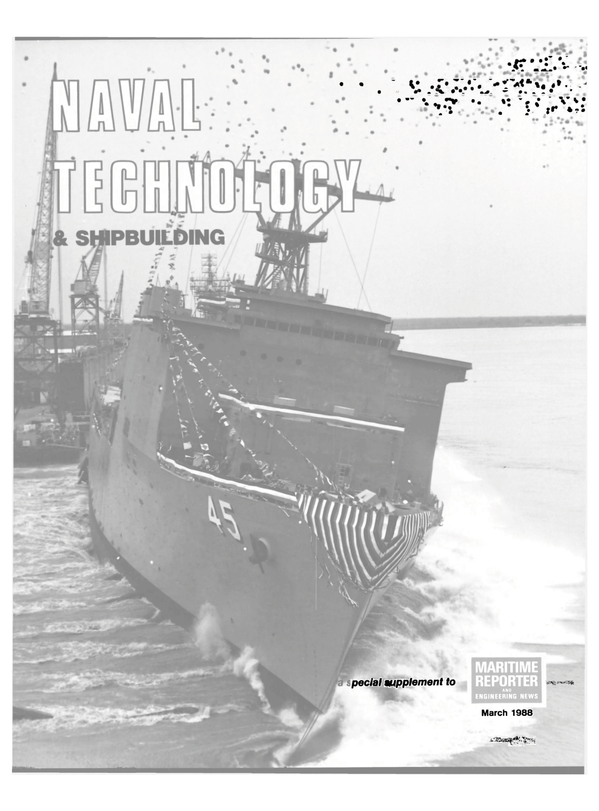 Read 1987: A YEAR OF MAJOR THREATS AND IMPORTANT VICTORIES in Pdf, Flash or Html5 edition of March 1988 Maritime Reporter

Other stories from March 1988 issue