The Ingalls Shipbuilding Division of Litton Industries, Pascagoula, Miss., was recently awarded a $378.7-million contract by the U.S.

Navy to construct the third ship of the Wasp Class of amphibious assault ships, LHD-3, and to commence preliminary work on a fourth LHD.

At present, Ingalls is constructing the LHD-1 Wasp, which was recently christened, and securing material for the LHD-2 Essex. The LHD-1 is expected to be delivered in the spring of 1989, while construction on the LHD-2 will begin this summer.

This new award, $26 million of which is for advanced procurement of material for LHD-4, is a modification of a September 1986 contract, which included construction funding for LHD-2 and options for LHD-3 and -4.

Amphibious assault ships have an overall length of 844 feet and a beam of 106 feet. The displacement is 40,500 tons. The primary mission of the Wasp Class vessels is the embarkation, deployment, landing and support of U.S. Marine forces. 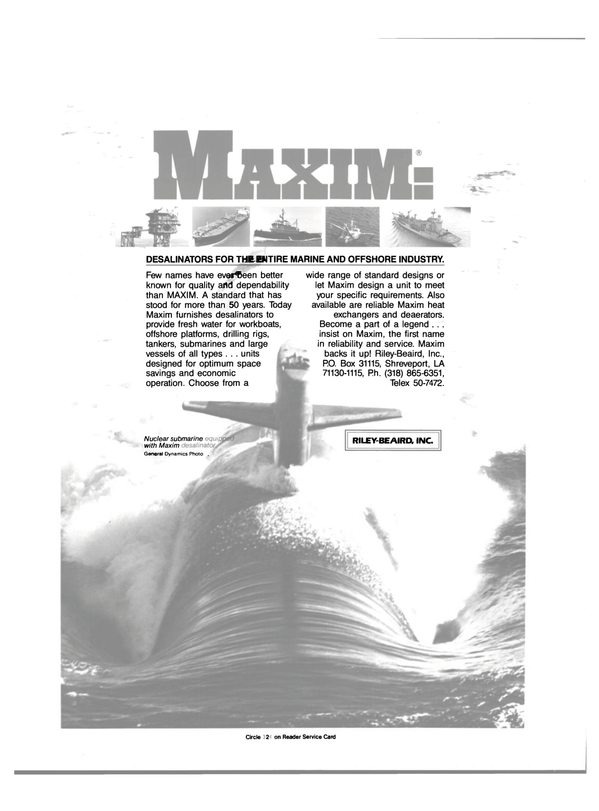