—Free Literature Offered— Fincantieri Cantieri Navali Italiani of Italy has been contracted to undertake a $74.44-million modernization and refit program of a fleet of ferries operated by Tirrenia di Navigazione SpA of Naples. The project, which represents about 1 million hours of direct or subcontracted work, involves the conversion and jumboization of six ferries of the Roman Roads Series.

Work began on three freight/RO/ RO ferries, the Apulia, Adria and Torre de Greco, last April at the Fincantieri shipyards of ATSM in Trieste, OARN at Genoa, and SEBM of Naples. The Apulia is scheduled to enter service early this year.

The conversion of the Apulia will transform the vessel into a larger passenger/cargo ferry for trading in Italian waters. Her new dimensions will be 486 V2 feet long, 81 feet abeam, with a fully loaded winter draft of about 21V2 feet. She will be powered by two GMT A420 diesel engines rated at 7,500 hp each, and will have a service speed of more than 20 knots. She will be able to accommodate more than 1,500 passengers and 340 cars during the summer months.

Other conversion work involved the extension of the saloon deck aft and providing in the underlying 'tweendeck two saloons with reclining armchairs for a total of 570 persons, passenger cabins to accommodate a total of 384 and two embarkation halls. The boat deck is being extended forward and three saloons will be built in the 'tweendeck, along with passenger cabins for 11, a saloon- bar, snackbar and game room.

The officers' deck will be extended aft to accommodate a restaurant, self-service dining/saloon, kitchens, pantries and associated staterooms.

The crew's quarters were also rearranged.

Some of the other conversion work being carried out at the Fincantieri yard includes: the installa- tion of an additional generator set; the replacement of the single, centrally disposed rudder with two new flanking rudders; improvement of firefighting, lifesaving, sanitary and waste disposal systems; the addition of a second bowthruster; and upgrading of the air conditioning and ventilation systems.

For free literature on the conversion, as well as shipbuilding and ship-repairing capabilities of Fincantieri Cantiere Navali Italiani, Circle 31 on Reader Service Card 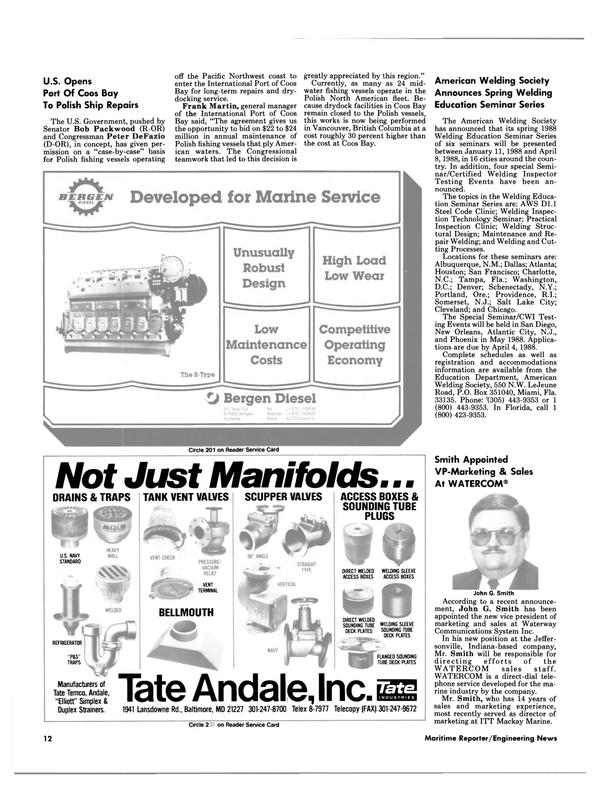