The U.S. Navy and five military contractors are reportedly developing a $5-billion fleet of robotic minisubmarines for a number of import a n t Antisubmarine Warfare (ASW), underwater intelligence and military missions.

According to a recent report, the Navy is planning to develop and build a fleet of 379 unmanned miniature submarines at a cost of $5 billion for a wide range of missions including: minelaying; leading manned vessels through mine fields; decoying enemy warships; and underwater intelligence-gathering missions.

Additionally, Antisubmarine Warfare experts contend that the minisubs could be used to close the gap between the Soviet Union and the U.S. in the number of active submarines. Presently, the Soviet fleet stands at 342 submarines, while the U.S. fields only 136.

The design of the autonomous underwater vehicle (AUV), as proposed by Martin Marietta's Aero and Naval Systems Division, Baltimore, Md., calls for a 30-foot-long, battery-powered vehicle. The AUV would be fitted with sophisticated electronics, cameras and sensors to gather intelligence and perform surveillance.

The prototype is expected to be operational in 1989.

Under the contract, Anadec, a professional services firm specializing in logistics, program and financial management systems for the government and industry, will perform program-level resource planning, program planning and evaluation, and contract monitoring associated with the Navy's acquisition of the AN/BSY-1 submarine combat system. 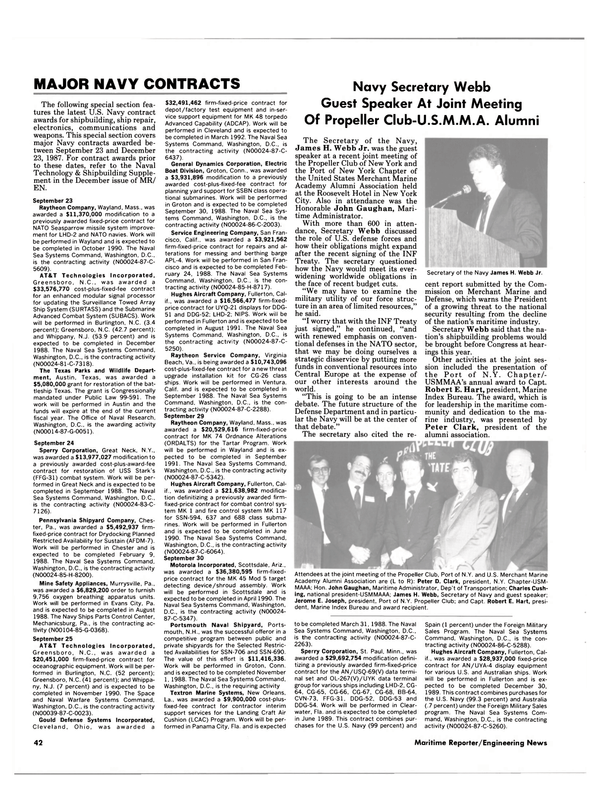