Timothy V. O'Sullivan has been named president of the Fairbanks Morse Engine Division of Colt Industries, Beloit, Wise. He joined the Division in 1983 as vice president and general manager of parts and service, and later assumed the additional duties of vice president of marketing and sales.

Prior to joining Colt, Mr. O'Sullivan was with General Electric Company from 1964 to 1983, where he served in a variety of managerial and marketing positions related to engineered cast products, turbine generator service, and spare parts and replacement sales for GE turbines.

Prior to joining GE, he was for two years an engineering officer aboard American Export Line ships.

He is a 1962 graduate of Massachusetts Maritime Academy.

The Fairbanks Morse Engine Division is a leading producer of diesel and dual-fuel engines for commercial and military ship propulsion and electric power generation. Colt Industries is a diversified industrial products company with annual sales of close to $2 billion. 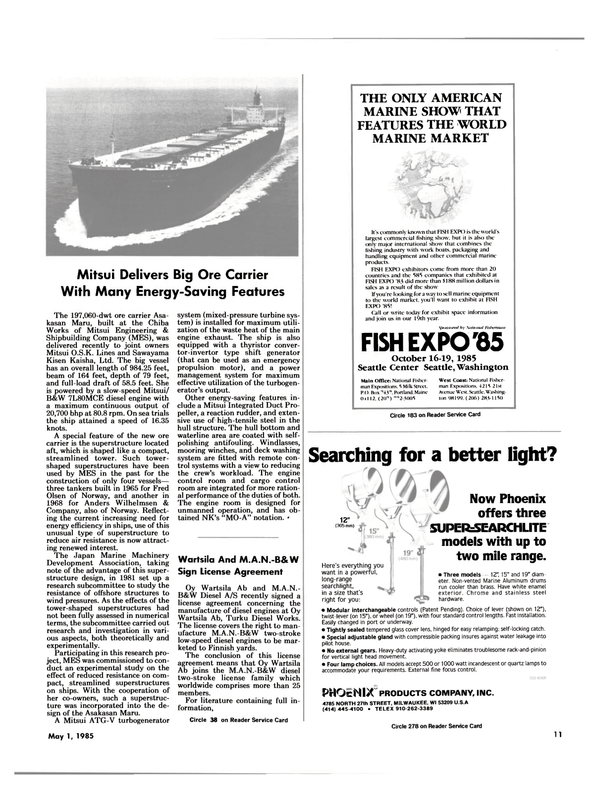 Other stories from May 1985 issue