The design work for the sophisticated passenger vessel for Birka Line Ab/Alandslinjen has now been completed at Valmet's Helsinki Shipyard, including details of the general arrangement and accommodations.

Construction work began recently in a festive atmosphere when Finland's Minister of Finance Ahti Pekkala, together with Matti Kankaanpaa, the president of Valmet Corporation, and Birka board chairman Bjorn Erikson inspected the first keel block before hull assembly was started.

The vessel will be launched in the fall of this year and delivered in the spring of 1986.

The 1,500-passenger ferry will maintain regular service between Stockholm and the city of Mariehamn in the Aland Sea's Finnish archipelago. Despite the short route, passenger facilities will be truly luxurious compared with the numerous car ferries competing for the same customers in the Baltic.

The ship will have the traditional lines of passenger ferries, even though her appeal will be very modern.

Among the prominent features of the vessel are the five spacious restaurants of various types, and the largest shipboard conference rooms in the Baltic, with auditoriums and numerous rooms for group work.

Special attention has been paid to interior and cabin design and passenger comfort, with an aim to offer the best standard in the Baltic well into the 1990s. This has been achieved partly by new technical solutions, and by combining the expertise of the shipyard and the best subcontractors in the field.

For the first time in the history of Finnish shipbuilding, the interior decoration of the ship's 600 cabins has been contracted outside the shipbuilding industry, to Rakennusvalmiste Oy, a firm better known in the field of housing construction.

Essential to the shipowner is, naturally, to operate at the expected profit level. Valmet has paid special attention to operational safety, energy- saving and economical operation of the propulsion machinery, easy maintenance, and a high level of automation. An efficient means to achieve these goals is Valmet's DAMATIC Marine System, said to be the first computer-controlled ship automation system. The Valmet Automation Group has been invited to join the "Ship of the Future" project of the Norwegian shipowners.

The Birka Line vessel will also provide work for some of Valmet's other companies; steering gears will be supplied by the Rautpohja Works, and Valmet's Tampere Works will supply passenger elevators of the latest design. 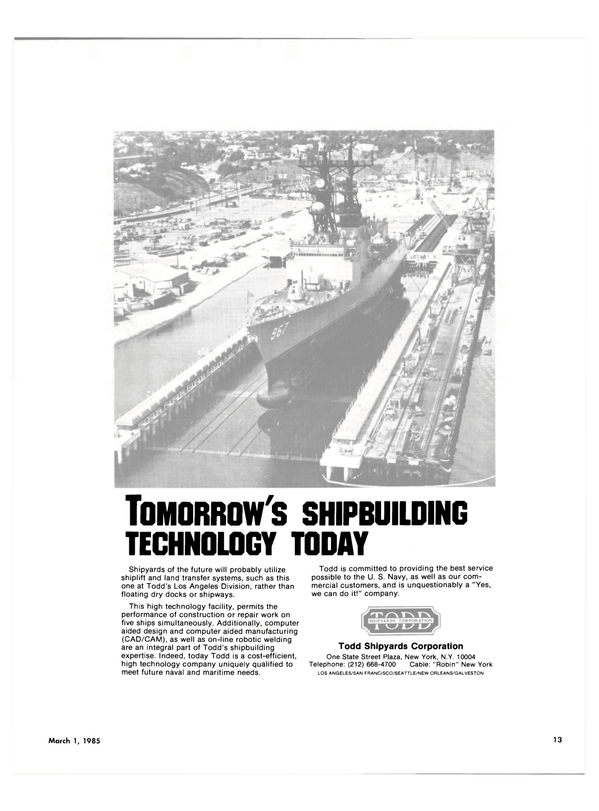