In the late 1950's a company, Buehler, used patent and manufacturing rights from New Zealander John Hamilton to produce a line of water jet propelled boats and larger jet units which gained limited acceptance in the commercial and military fields.

Other firms soon entered the competition including Jacuzzi Bros.

The period between 1960 and 1983 was active for people who built jet drives.

In 1982 Jacuzzi made the decision to discontinue manufacture of their Marine Drive Systems. Considering their considerable success in the commercial and military market, the decision surprised many people.

Len Hill, who was the Marine Jet Product Manager at Jacuzzi, was able to purchase the Jacuzzi Marine Jet product line and manufacturing rights. He then formed a new company, North American Marine Jet, Inc., located in Benton, Arkansas.

North American Marine Jet manufactures a full line of water propulsion drives, ranging from the Nomera 12 for automotive marine engines to the Nomera 20 which is used with engines such as the Detroit Diesel 92 series, M.A.N, and other lighter weight 2300 RPM engines.

Based on increasing interest in jet drives for applications throughout the world, North American is concentrating their efforts on military and commercial applications using the Nomera 14 and 20 unit either "stock" or with custom modification.

Units are also specified for boats being built in Korea, Japan, Thailand and for South America.

Experience of the long term and varied nature forms the management team for North American.

North American Marine Jet will cite a host of advantages possible in a well engineered vessel, and just as quickly hesitate to recommend against or suggest changes when an application does not have the potential to fulfull expectations. Examples of success with proper applications include the U.S. Navy P.B.R.

Program. Over 500 vessels were produced for the Navy since the late 1960's. This vessel is still operational throughout the U.S., Asia, the Mideast and in the South Americas.

It is believed 80% of the vessels are still in service, some of them over 15 years old. Additionally, several countries are building new vessels from the old design.

One highly successful commercial operation is a fleet of 5 triple 20Y powered crew boats operating in the South China Sea. Mr. Seastrom was operations manager there and can cite figures indicating 100% utilization over periods longer than a year. Crossing a shallow river bar several times a day, the crewboats performed at speeds equal to the twin screw crewboats which were restricted to a deep water port 100 miles away. According to Mr. Seastrom the boats ran every day, kept well within maintenance allowances and operations records indicated costs (overall) were comparable to twin screw 80's Mr. Seastrom also managed.

The Navy has a fleet of little publicized armored personnel vessels.

There are several timber companies using jets, the company also works with the Corps of Engineers, fire departments in Portland and New Orleans, service contractors on the Mississippi river; and many other operators.

The use of jets eliminates, from the flywheel back, the gearbox, propeller shaft, strut, propeller, rudder and related hardware. This effectively eliminates costs associated with any damage to this hardware and downtime resulting from operations in shallow or debris prone areas.

The company reports, on the Nomera 20, the cost of the jet drive unit itself is a trade-off against eliminated hardware. The ability to operate in previously inaccessible areas, the opportunities for time/ cost saving shallow area operations and the elimination of downtime are pluses. 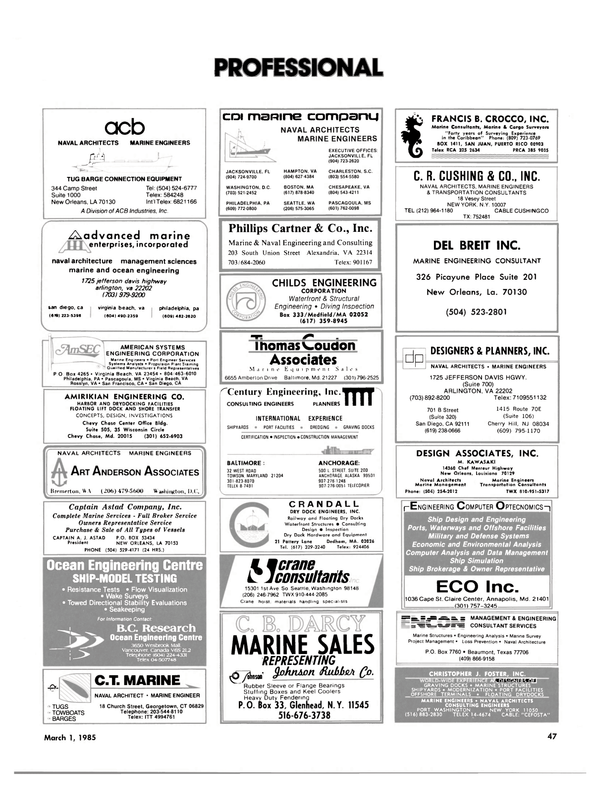