Thomas E. Moran, chairman and president of Moran Towing and Transportation Company of New York City, has announced the retirement of Lloyd R. Graham as vice president of marketing and sales, and the election of Robert M.

Loftus to that position.

Mr. Loftus, a 1953 graduate of the State University of New York Maritime College at Fort Schuyler, joined Moran after service in the merchant marine and the Navy, where he held the rank of lieutenant commander. He started with the company in the sales department, was named sales manager for New York Harbor in 1964 and sales manager in 1977. He also held the position of vice president-construction and repair, and most recently was president of the joint venture Moran-Crowley Environmental Services Company.

Mr. Graham has been with Moran for 19 years, and is well known in the New York maritime community. During his 27 years in the industry he has served as a director of the Maritime Association of the Port of New York, a governor of the Port of New York Propeller Club, treasurer of the Downtown Athletic Club, and a director of the Friends of the Seamen's Church Institute and Security Bureau Inc. 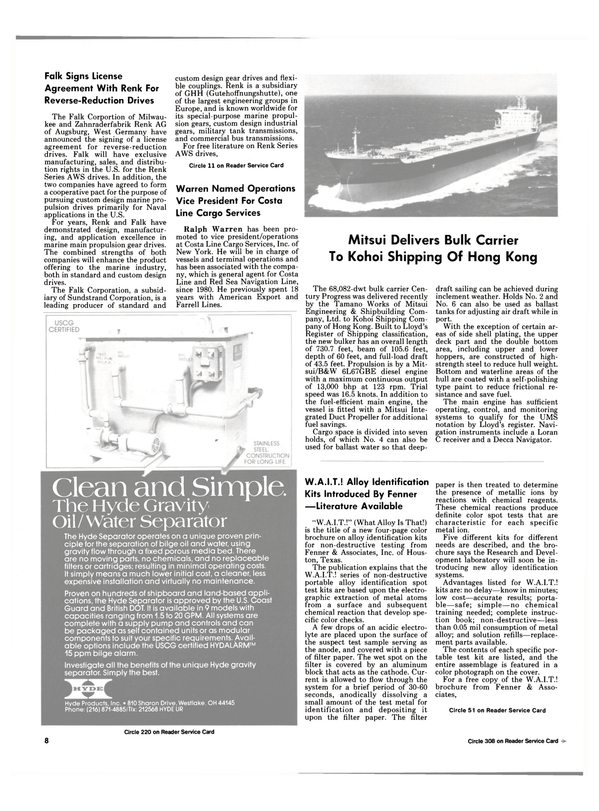