Sea-Land Cranes Complete Trip From Japan To Port Of Tacoma

The journey that recently brought two mammoth container cranes from Japan to the Port of Tacoma, Wash., represent a milestone in construction of Sea-Land's new container facility there. Their successful voyage marked the first time that fully erected cranes of this size were transported across the Pacific Ocean.

The two cranes (shown), which stood 280 feet above the deck of the heavy lift ship Sunrise and weigh 1,200 tons each, were built by Hitachi, Ltd. of Japan. Two additional Hitachi cranes are scheduled to be delivered to Tacoma in March this year.

The voyage took 47 days, as the Sunrise took a southernly route to avoid storms. By comparison, containerships traveling the more direct great circle route normally take 10 days to travel from Japan to Tacoma. In spite of its chosen route, the Sunrise still encountered some severe weather, including a typhoon with winds of up to 50 knots.

The Port of Tacoma is in the process of building a $6-million intermodal yard that will match its present yard as having the closest proximity to shipside container unloading operations on the U.S. West Coast. Sea-Land expects to handle at least 120,000 FEUs of containers in the new yard during the first year of its operation. The intermodal yard will be available for use by other shippers as well. 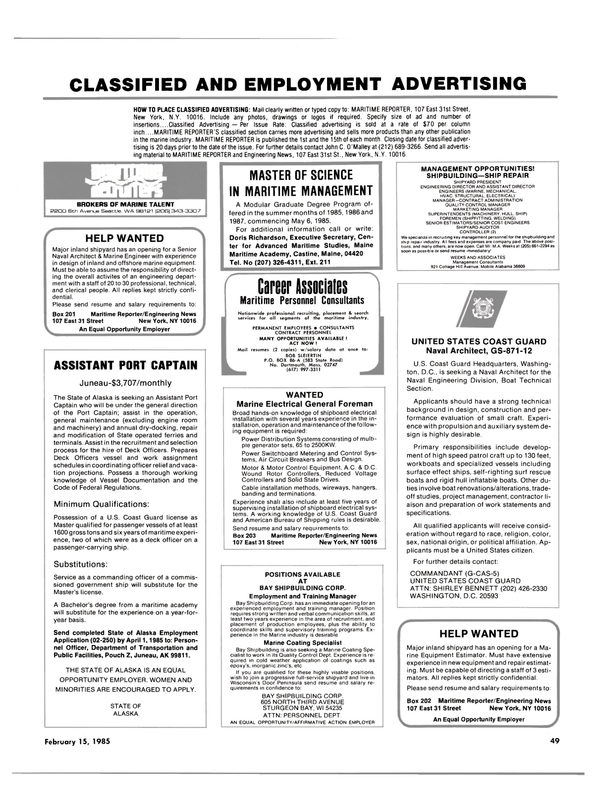