The U.S. Navy has awarded contracts valued at a total of some $82.5 million for the purchase of 11 commercial cargo ships that will be assigned to the Ready Reserve Fleet. Lykes Bros. Steamship Company will sell five breakbulk ships— the Dolly Turman, Frederick Lykes, Howell Lykes, Mason Lykes, and Velma Lykes—at a total cost of $21,250,000. Farrell Lines will provide one LASH vessel, the Austral Lightning, for $9.2 million, which includes 73 LASH barges and 24 40- foot and 52 20-foot containers.

This price, however, includes an estimated $20 million to upgrade the Barber ships to meet American Bureau and Coast Guard standards.

The refurbishing work will be performed by Bethlehem Steel's Sparrows Point shipyard near Baltimore.

Barber must hand over its five ships no later than November this year. 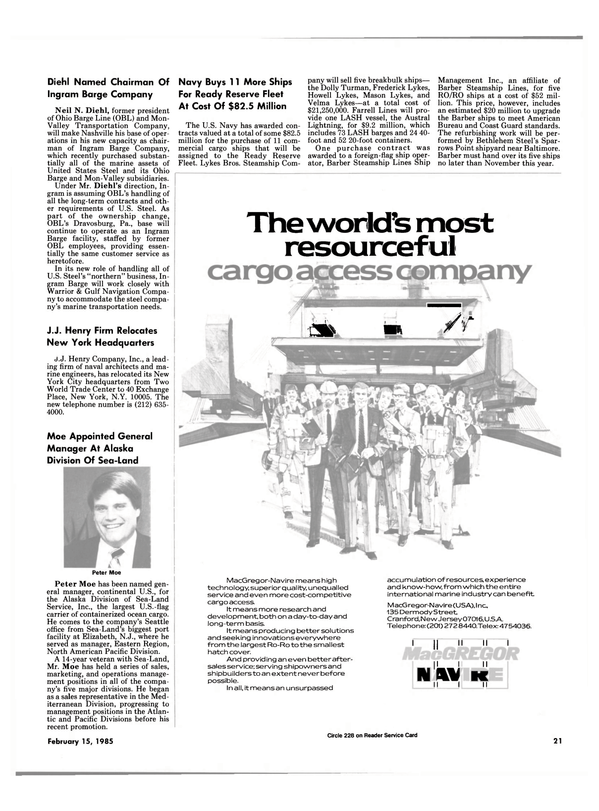