The Maritime Administration has given its approval for United States Lines, Inc. to acquire the ships and other assets of Delta Steamship Lines, Inc. Under the agreement, USL will buy the 11 existing Delta ships and will charter the three being built at the Odense Shipyard in Denmark for Crowley Maritime Corporation, Delta's parent company.

Instead of a cash transaction, USL is giving Crowley Maritime 366,000 shares of a new Class B preferred stock issued by McLean Industries, USL's parent organization.

The MarAd approval requires that USL continue Delta's subsidized services between the U.S. and South America, but on a reduced basis. Along with the Moore McCormack fleet purchased by McLean Industries last year, the acquisition and charter of the Delta ships makes United States Lines the dominant American-flag liner operator in the Central and South American trades. 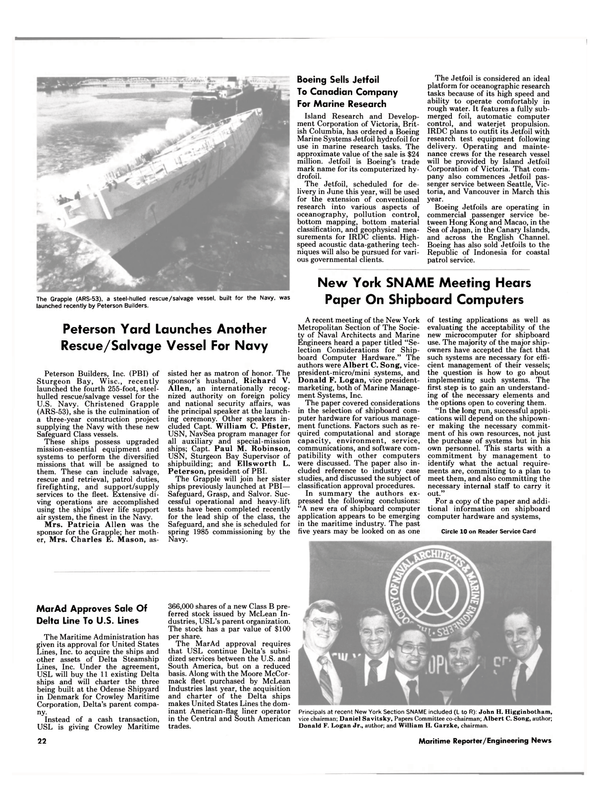