With the recent delivery of the United States Lines containerships American Virginia and American Kentucky, Daewoo Shipbuilding and Heavy Machinery Ltd. has reached the halfway point in fulfillment of the largest merchant ship contract ever awarded. The Korean shipyard is carrying out a $570-million order from USL to build 12 containerships, the biggest in the world.

Both ships departed from Daewoo's Okpo shipyard in January and, like the four USL vessels completed last year, were delivered ahead of schedule.

"Carrying out a contract of unprecedented size has put our design, engineering, and construction skills to the test, and we are proud that each of the ships completed so far for U.S. Lines has been delivered ahead of schedule," said Daewoo Shipbuilding president In-Kie Hong.

United States Lines will use the American Virginia and American Kentucky, along with the previously delivered American New York, American New Jersey, American Maine, and American Alabama, in its recently inaugurated bi-weekly, round-the-world container service, which will become weekly when all 12 ships have been delivered.

Designed by the New York-based naval architects C.R. Cushing & Company, Inc., the American New York Class containerships have a capacity of 2,129 FEUs in the holds and on deck. The vessels are powered by fuel-efficient Hyundai/Sulzer diesels that give them a service speed of 18 knots 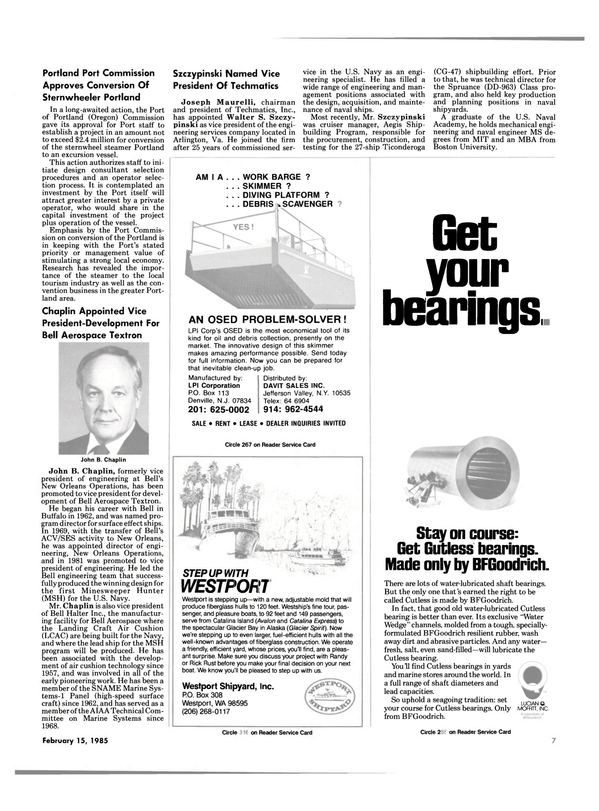