Carmen Guide Jr. has been named president and chief executive officer of Lake Shore, Inc. of Iron Mountain/Kingsford, Mich. He replaces James T. Malsack, who has been appointed chairman of the board of directors.

Mr. Guide began his Lake Shore career in 1961 as a sales manager for marine products, with headquarters in New York City. In 1965 he was transferred to the company's headquarters and appointed assistant manager of the Marine Division. He returned to New York in 1966 as marketing manager for all manufactured products. He became vice president- marine in 1971, was elected to the board of directors in 1972, and in 1973 was named executive vice president.

Mr. Malsack joined Lake Shore in 1951 as assistant to the president. He was named vice president in 1953 and in 1958 became treasurer.

He was appointed executive vice president in 1959 and became president and chief executive officer in 1972. Former chairman of the board B.W. Reeve will continue to serve as a board member. 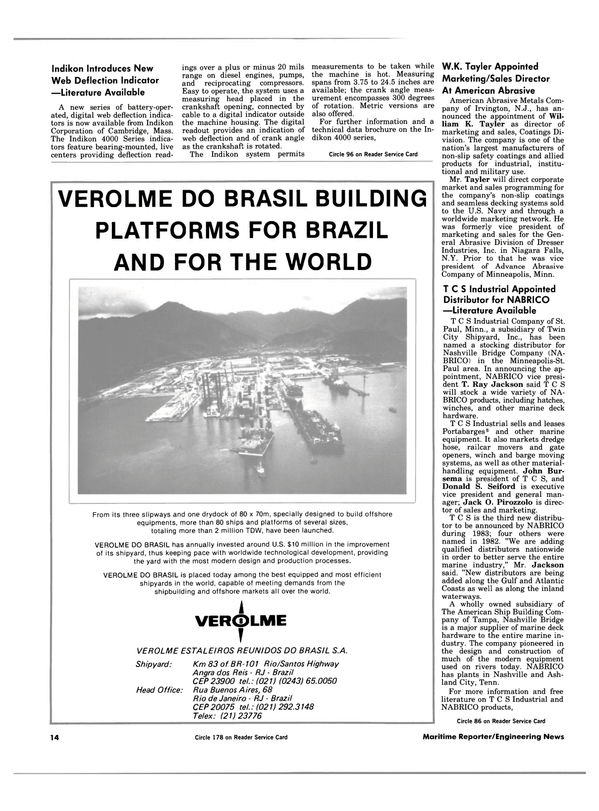