John P. Alban has been appointed to the staff of McAllister Brothers, Inc., New York, N.Y., as a manager in their Oil Transport Division. The announcement was made recently by Brian A.

Mr. Alban has been involved with the New York towboat industry for over 40 years, having first signed on in 1939. He has risen through the ranks from deckhand to pilot to captain after receiving his certificates from the U.S. Coast Guard. He joined the management staff of one of the leading New York marine transportation c o r p o r a t i o n s in 1952. During his years with management, Mr. Alban has taken a variety of courses including admiralty law at the College of Insurance in New York.

McAllister Brothers has been associated with marine transportation in the port of New York for over 115 years through four g e n e r a t i o n s of the McAllister family. The firm operates 12 oil barges with load capacities from 10,000 barrels to 140,000 barrels.

They serve the ports of New York, Baltimore, Norfolk, Philadelphia, and San Juan. Joining the fleet in November will be a new 80,000-barrel clean oil barge s u i t a b l e f o r oil and chemical transportation. McAllister currently has more than 110 tugs and barges in its fleet. 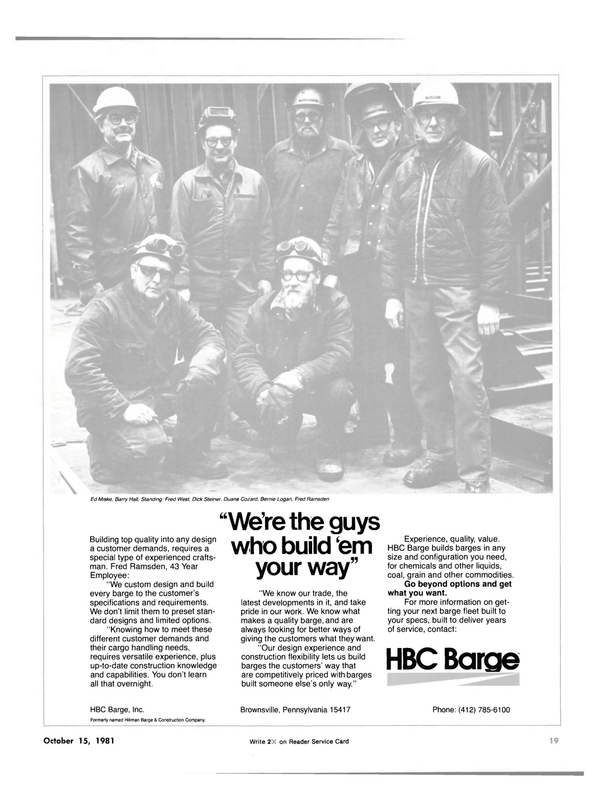