Exxon U.S.A.'s Marine Department recently announced plans for a $100-million program to modify five of its tankers. Newport New Shipbuilding in Newport News, Va., will do the work, which is expected to be completed by mid-1981.

The five tankers — the Exxon Baltimore, Exxon Boston, Exxon Jamestown, Exxon Lexington, and Exxon Washington—range in capacity from 240,000 to 300,000 barrels. The tankers have been used primarily to carry crude oil and petroleum products along the Gulf and East Coasts. After modification, they will be used primarily to move oil from the Hondo Field in the Santa Barbara Channel of California to Exxon's Bayton, Texas, refinery.

The first of the tankers to be refitted, the Exxon Lexington, has arrived at Newport News.

Modification will include installation of new cargo pumps and cargo heating systems, along with ballast-water systems totally separated from cargo tanks. A special vapor-exchange connection will virtually eliminate emissions of hydrocarbon vapors during loading of the tankers. 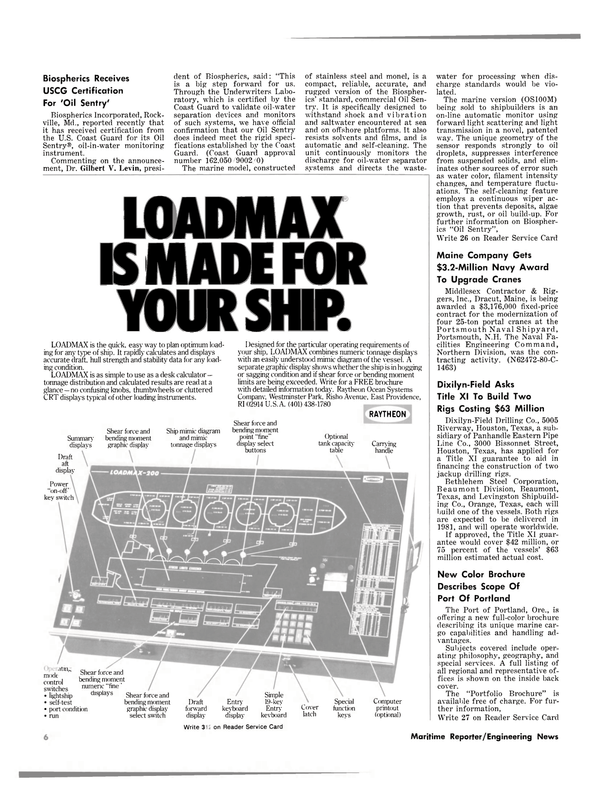