The Society of Naval Architects and Marine Engineers at its 88th Annual Meeting, held on November 13, 1980 at the New York Hilton Hotel, elected John J.

Nachtsheim, who is Assistant Administrator for Operations, U.S.

Maritime Administration, will commence his two-year term on January 1, 1981.

He subsequently received an LLB degree from the George Washington University Law School and he attended the Harvard Business School.

Mr. Nachtsheim began his career with the Department of the Navy as a naval architect at its Bureau of Ships Design Division in 1948, and in 1958-59 he was Deputy Chief Design Engineer, Puget Sound Naval Shipyard. He returned to BUSHIPS, which later became the Naval Ship Engineering Center, as Chief Naval Architect for the years 1959-70.

It was in these latter years that he was responsible for the contract design of all naval ships and major ship conversions.

In 1970, Mr. Nachtsheim joined the Maritime Administration as Deputy Assistant Administrator for Research and Development, and in 1973 he became Chief of the Office of Ship Construction.

In this post, he was responsible f o r supervising merchant-ship construction in U.S. shipyards.

For the five years following, he was instrumental in the contracting of $2.35 billion in merchant vessels.

As Assistant Administrator for Operations at Mar Ad, Mr. Nachtsheim is responsible to the Assistant Secretary of Commerce for Maritime Affairs in the dayto- day supervision of the entire range of maritime operations and associated maritime programs of the federal government.

A Fellow of the Society, Mr.

Nachtsheim has been one of its most active members over the years, past member of many technical and standing committees, and the author of more than a dozen technical papers and publications.

He holds the David W.

Taylor Medal, and until his election was an Honorary Vice President of the Society.

Lester Rosenblatt, current president of the Society, presided over the business, technical and social meetings during this Annual Meeting. In his annual address, Mr. Rosenblatt stressed his deep concern over the current position of the U.S. merchant marine and the U.S. Navy.

Mr. Rosenblatt stated that he feels the message calling for more merchant ships has been heard in Washington. He said: "During the past year, a perhaps overambitious omnibus maritime bill was introduced in the Congress.

It is currently becalmed and has little chance for passage this year.

Nevertheless, common sense dictates that it, or one or more bills pointing towards the same goals, will be enacted during the coming year. Also, an important maritime goal was achieved when President Carter signed the Deep Seabed Hard Minerals Act into law on June 28, 1980. This law means much more than probable new ship construction orders for numerous shipyards and more jobs for many seamen in the coming years; it has a national security implication of enormous importance. It opens the door to self-sufficiency f o r the United States in at least four essential minerals — manganese, cobalt, copper and nickel.

The principal speaker at the 88th Annual Banquet of the Society was David S. Lewis Jr., chairman of the board and chief executive officer of the General Dynamics Corporation.

Holding a B.S. degree in aeronautical engineering from Georgia Tech, Mr. Lewis's first job was at the Glenn I.. Martin Company in Baltimore. He became chief of aerodynamics at McDonnell Aircraft Corporation in 1946, holding successively more responsi- [...] 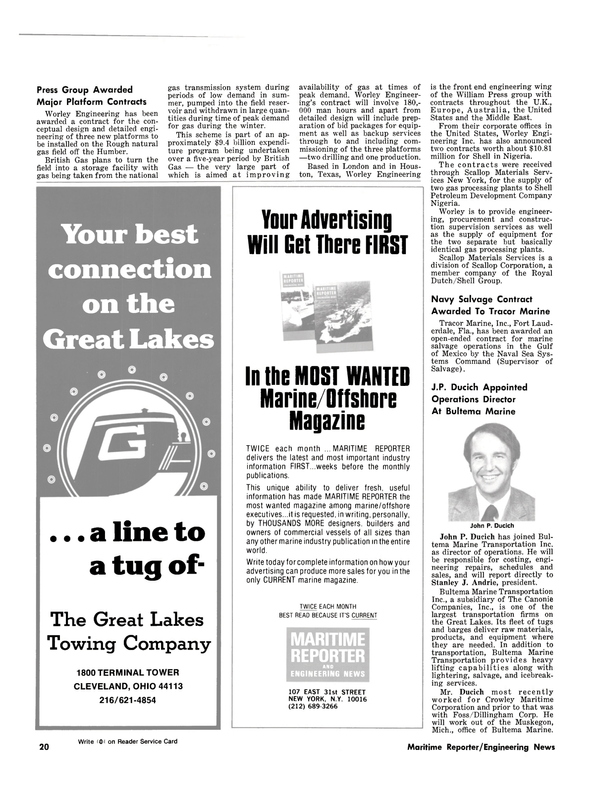