The bid opening date for the Maritime Prepositioning Ship has been extended from November 18, 1980 to January 19, 1981, to permit additional time for the preparation of bids. The Maritime Administration originally extended the invitation for sealed bids on the first two vessels in this new series of cargo ships on August 22, setting October 22 as the opening date. The invitation was amended to October 10 to reschedule the opening date for November 18.

MarAd is serving as contracting authority for construction of the ships under a joint agreement with the U.S. Navy. The Navy Sea Systems Command is responsible for the overall program. The Military Sealift Command will operate the vessels.

The prepositioning ship is designed to provide standby logistic support for the rapid deployment of U.S. Marines around the world.

(It is designated by MarAd as the C8-M-MA-134j and by the Department of Defense as the TAKX).

Bids are now scheduled to be publicly opened at the Commerce Department at 2:15 p.m. on January 19. 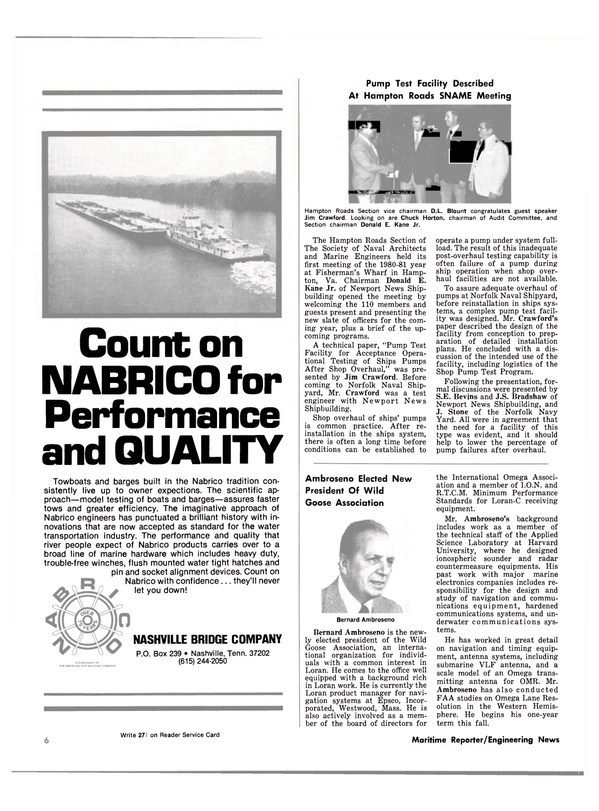