The S/S iGolden Dolphin, 90,000-dwt San Clemente-class tanker, was launched at National Steel and Shipbuilding Company (NASSCO), of San Diego, Calif., on January 19, 1974. Ceremonies, open to the general public, commenced with music by Buck Wayne and the Buckaroos, followed by a band concert by the U.S. Marine Corps Recruit Depot Band.

The S/S Golden Dolphin, the largest ship ever to be built on the West Coast, is the first of three NASSCO-designed tankers for Aeron Marine Shipping Company. Her keel was laid May 22, 1973, and delivery is scheduled for June 24, 1974.

The S / S Golden Dolphin is of the maximum size that can transit the Panama Canal. She is 894 feet in length overall, has a beam of 105 feet 9 inches, a depth of 64 feet 6 inches, and 90,000 deadweight tons. The propulsion is single-screw steam turbine and has a sustained full-load speed of 16.5 knots.

Immediately following the launch of the S / S Golden Dolphin, the keel was laid for a 37,000- ton displacement replenishment oiler for the U.S. Navy. Rear Adm. Fillmore B. Gilkeson, USN, Commandant, Eleventh Naval District, officiated at the keel-laying.

Approximately 6,000 spectators were present to view the colorful ceremonies. 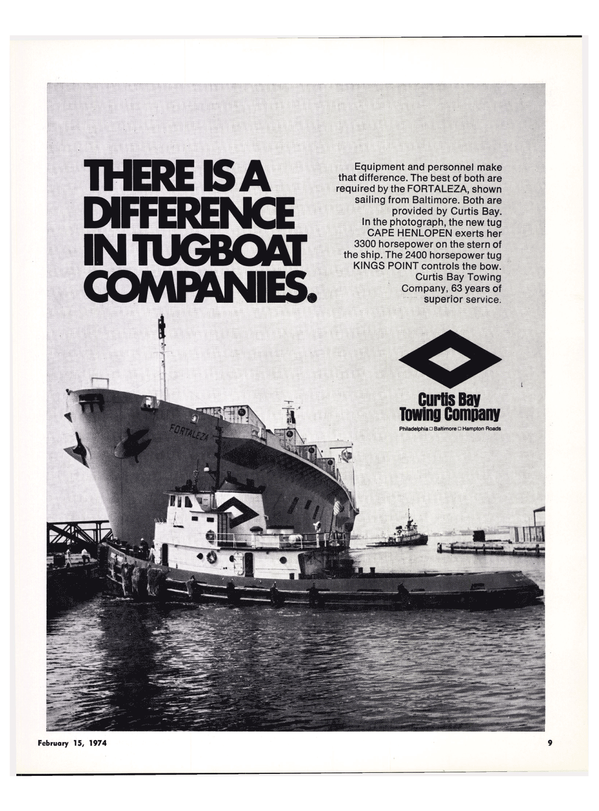