To be known as Oceans International Corporation, the firm is the result of expansion by both agencies and will continue to serve the shipping industry in the U.S. Gulf ports. The firm also established an office in New York City.

According to Mr. Russell, the merger will afford broader coverage in the Gulf ports, as well as expanded service by the firm for the steamship cargo market. Future expansion plans include opening of a West Coast office.

No changes in management of the two primary offices are foreseen, with the New Orleans operations continuing under Charles J.

The New Orleans office will maintain its present address at Suite 204, 442 Canal Street. The Houston office will continue at Suite 1112, 1314 Texas Avenue, with the New York office at 17 Battery Place, and the Galveston representation at the Cotton Exchange Building. 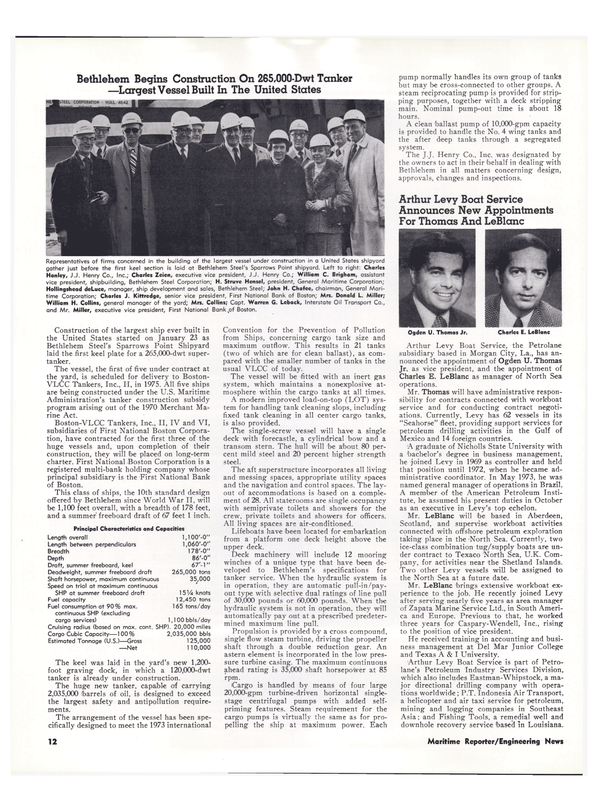