The Evolution of Ocean Models

During the 1970s, the first global ocean models emerged at research centers across the U.S. Back then, their construction was basic by modern standards, but like the models of today the researchers creating them aimed to simulate the world’s oceans by coding the mathematical equations of fluid motion on a sphere. Those efforts made use of the most sophisticated computing power available at the time, but realistic simulations of the ocean were years away. 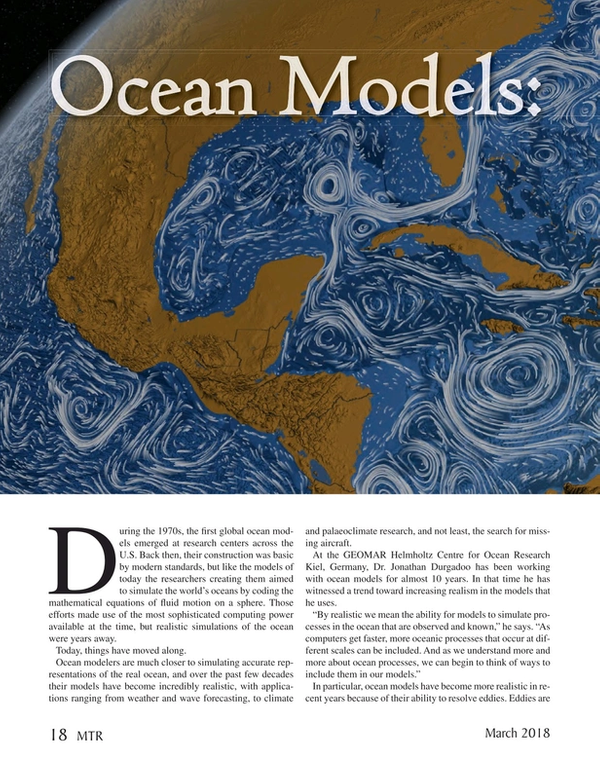 Read The Evolution of Ocean Models in Pdf, Flash or Html5 edition of March 2018 Marine Technology