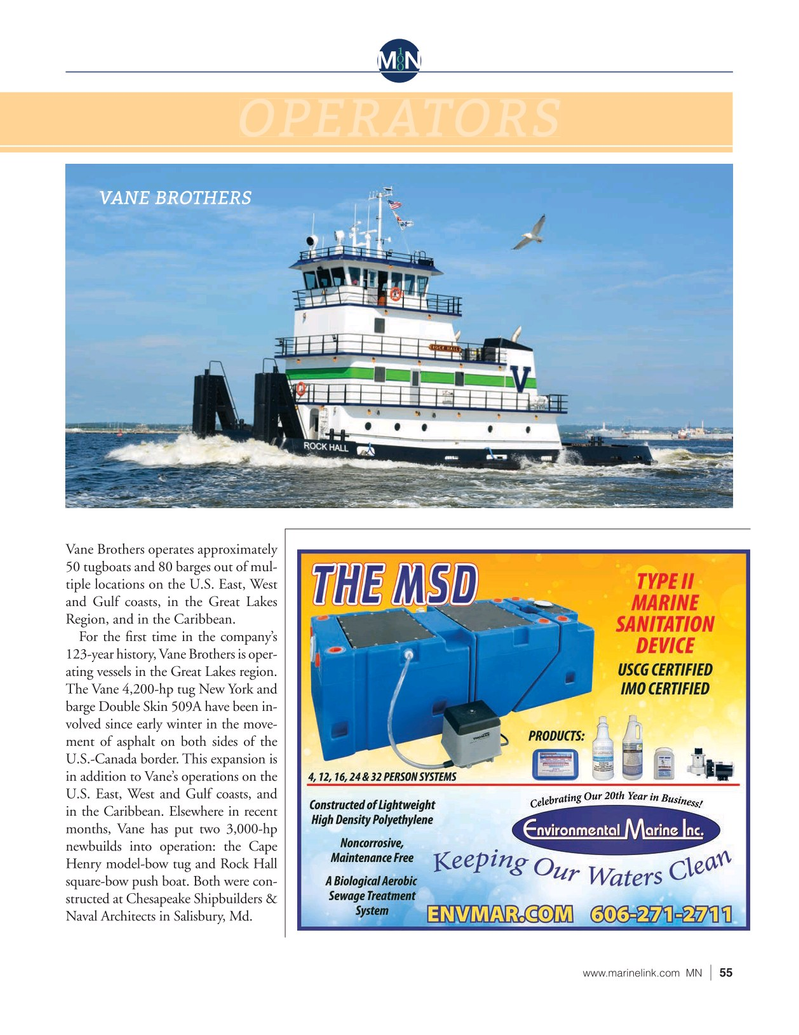 Vane Brothers operates approximately 50 tugboats and 80 barges out of mul- tiple locations on the U.S. East, West and Gulf coasts, in the Great Lakes

Region, and in the Caribbean.

For the ? rst time in the company’s 123-year history, Vane Brothers is oper- ating vessels in the Great Lakes region.

The Vane 4,200-hp tug New York and barge Double Skin 509A have been in- volved since early winter in the move- ment of asphalt on both sides of the

U.S.-Canada border. This expansion is in addition to Vane’s operations on the

U.S. East, West and Gulf coasts, and in the Caribbean. Elsewhere in recent months, Vane has put two 3,000-hp newbuilds into operation: the Cape