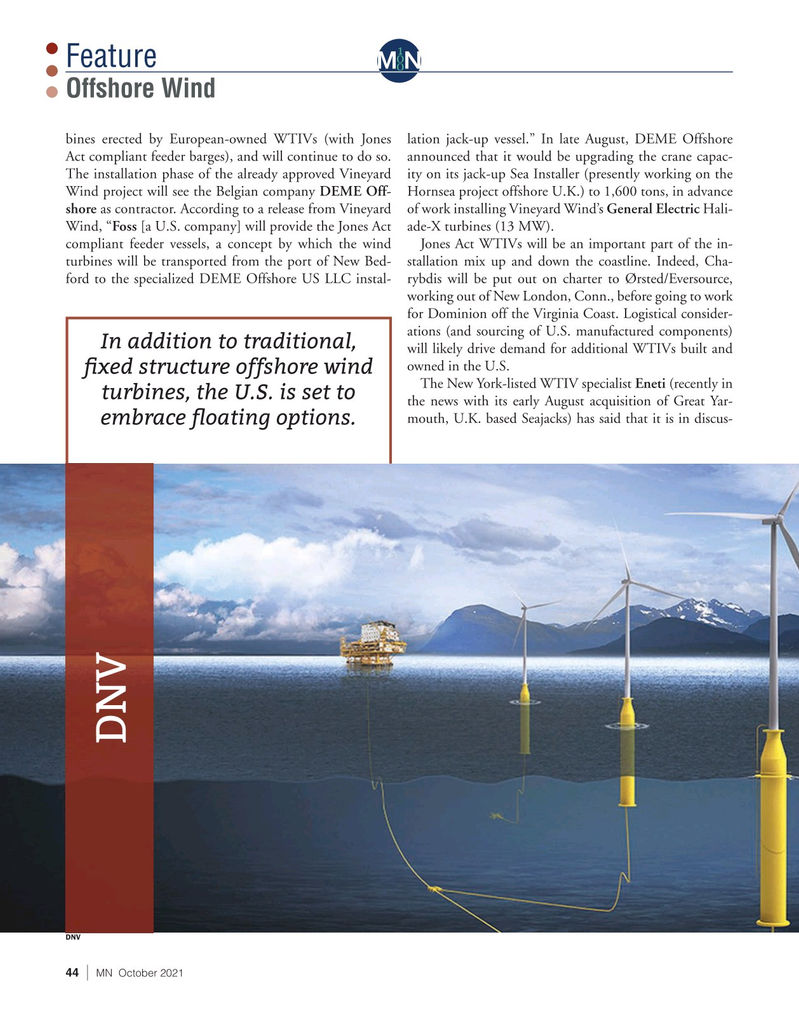 Act compliant feeder barges), and will continue to do so. announced that it would be upgrading the crane capac-

Wind project will see the Belgian company DEME Off- Hornsea project offshore U.K.) to 1,600 tons, in advance shore as contractor. According to a release from Vineyard of work installing Vineyard Wind’s General Electric Hali-

Wind, “Foss [a U.S. company] will provide the Jones Act ade-X turbines (13 MW). compliant feeder vessels, a concept by which the wind Jones Act WTIVs will be an important part of the in- turbines will be transported from the port of New Bed- stallation mix up and down the coastline. Indeed, Cha- ford to the specialized DEME Offshore US LLC instal- rybdis will be put out on charter to Ørsted/Eversource, working out of New London, Conn., before going to work for Dominion off the Virginia Coast. Logistical consider- ations (and sourcing of U.S. manufactured components)

In addition to traditional, will likely drive demand for additional WTIVs built and owned in the U.S. ? xed structure offshore wind

The New York-listed WTIV specialist Eneti (recently in turbines, the U.S. is set to the news with its early August acquisition of Great Yar- mouth, U.K. based Seajacks) has said that it is in discus- embrace ? oating options.