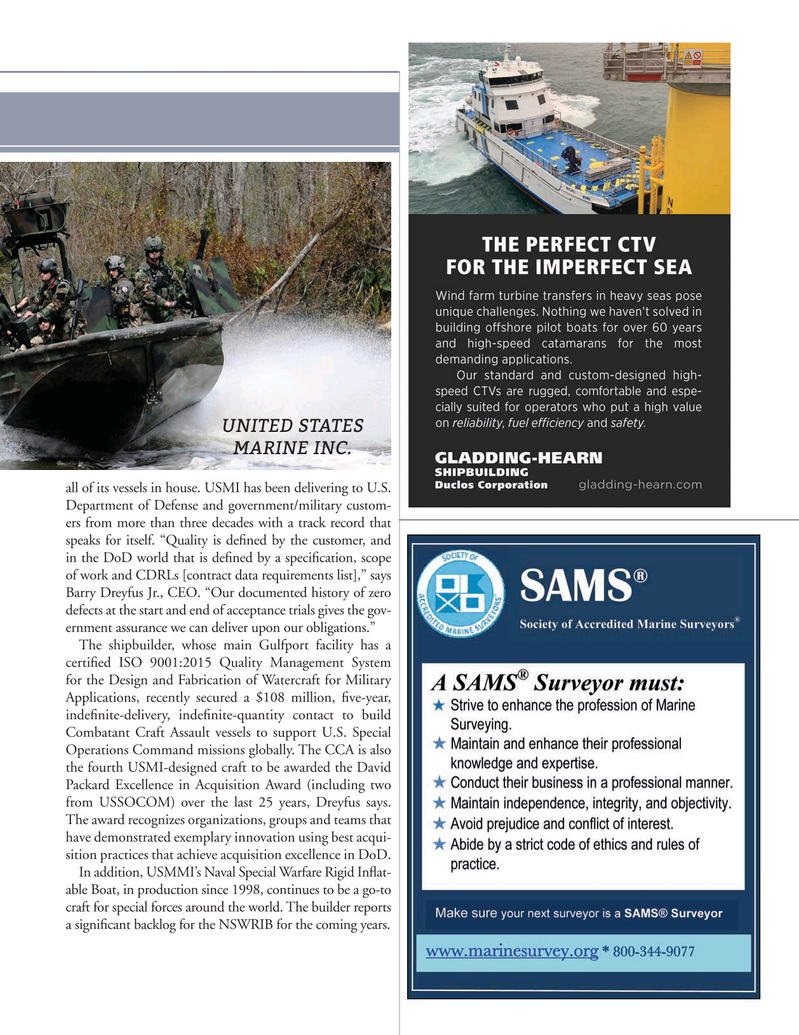 MARINE INC. all of its vessels in house. USMI has been delivering to U.S.

Department of Defense and government/military custom- ers from more than three decades with a track record that speaks for itself. “Quality is de? ned by the customer, and in the DoD world that is de? ned by a speci? cation, scope of work and CDRLs [contract data requirements list],” says

Barry Dreyfus Jr., CEO. “Our documented history of zero defects at the start and end of acceptance trials gives the gov- ernment assurance we can deliver upon our obligations.”

The shipbuilder, whose main Gulfport facility has a certi? ed ISO 9001:2015 Quality Management System for the Design and Fabrication of Watercraft for Military

Operations Command missions globally. The CCA is also the fourth USMI-designed craft to be awarded the David

Packard Excellence in Acquisition Award (including two from USSOCOM) over the last 25 years, Dreyfus says.

In addition, USMMI’s Naval Special Warfare Rigid In? at- able Boat, in production since 1998, continues to be a go-to craft for special forces around the world. The builder reports a signi? cant backlog for the NSWRIB for the coming years.