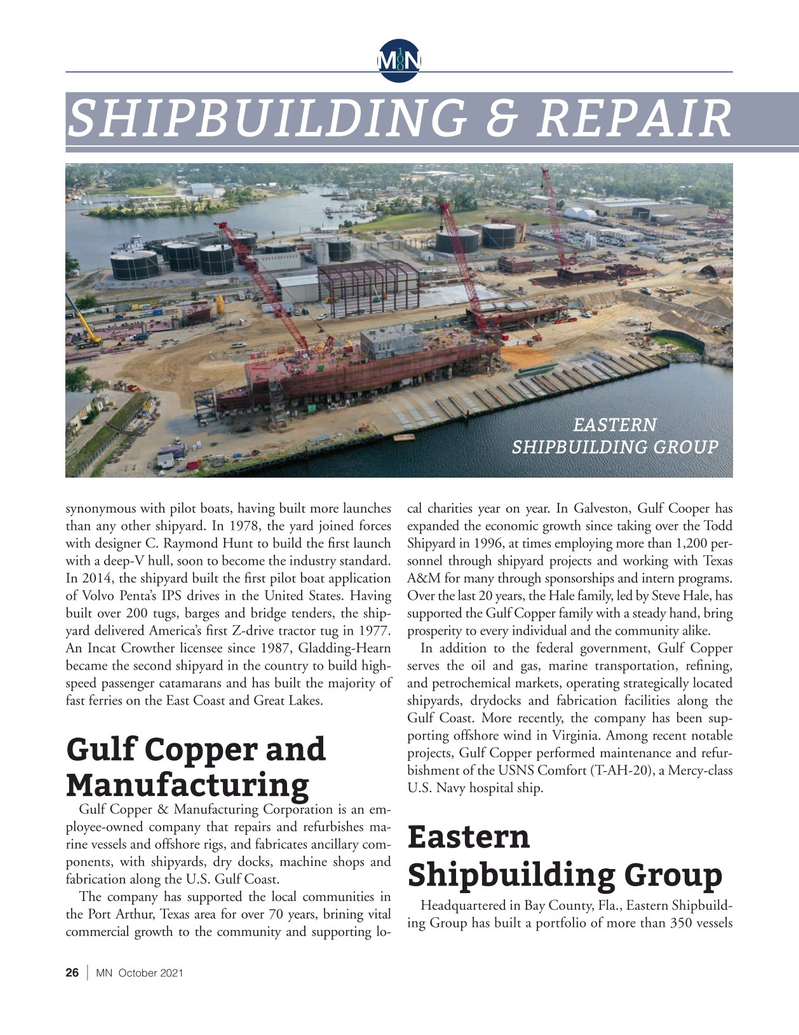 SHIPBUILDING GROUP synonymous with pilot boats, having built more launches cal charities year on year. In Galveston, Gulf Cooper has than any other shipyard. In 1978, the yard joined forces expanded the economic growth since taking over the Todd with designer C. Raymond Hunt to build the ? rst launch Shipyard in 1996, at times employing more than 1,200 per- with a deep-V hull, soon to become the industry standard. sonnel through shipyard projects and working with Texas

In 2014, the shipyard built the ? rst pilot boat application A&M for many through sponsorships and intern programs. of Volvo Penta’s IPS drives in the United States. Having Over the last 20 years, the Hale family, led by Steve Hale, has built over 200 tugs, barges and bridge tenders, the ship- supported the Gulf Copper family with a steady hand, bring yard delivered America’s ? rst Z-drive tractor tug in 1977. prosperity to every individual and the community alike.

An Incat Crowther licensee since 1987, Gladding-Hearn In addition to the federal government, Gulf Copper became the second shipyard in the country to build high- serves the oil and gas, marine transportation, re? ning, speed passenger catamarans and has built the majority of and petrochemical markets, operating strategically located fast ferries on the East Coast and Great Lakes. shipyards, drydocks and fabrication facilities along the

Gulf Copper and bishment of the USNS Comfort (T-AH-20), a Mercy-class

The company has supported the local communities in