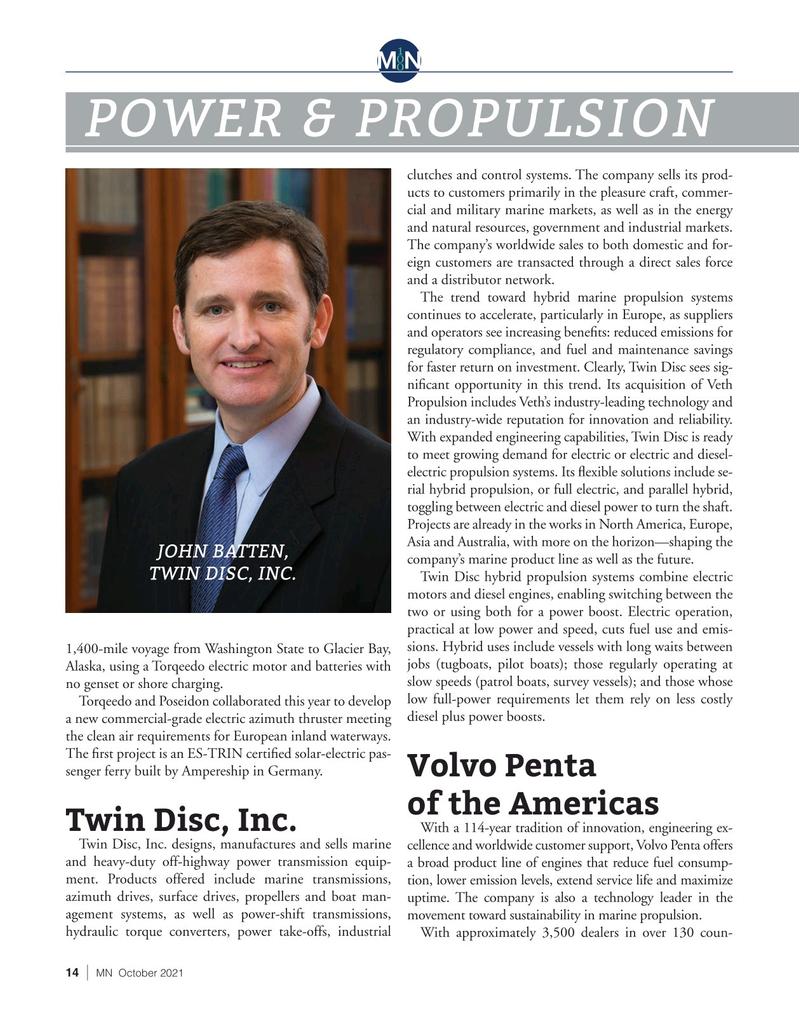 POWER & PROPULSION clutches and control systems. The company sells its prod- ucts to customers primarily in the pleasure craft, commer- cial and military marine markets, as well as in the energy and natural resources, government and industrial markets.

The company’s worldwide sales to both domestic and for- eign customers are transacted through a direct sales force and a distributor network.

Propulsion includes Veth’s industry-leading technology and an industry-wide reputation for innovation and reliability.

Projects are already in the works in North America, Europe,

Asia and Australia, with more on the horizon—shaping the

Twin Disc hybrid propulsion systems combine electric motors and diesel engines, enabling switching between the two or using both for a power boost. Electric operation, practical at low power and speed, cuts fuel use and emis- 1,400-mile voyage from Washington State to Glacier Bay, sions. Hybrid uses include vessels with long waits between

Alaska, using a Torqeedo electric motor and batteries with jobs (tugboats, pilot boats); those regularly operating at slow speeds (patrol boats, survey vessels); and those whose no genset or shore charging.

Volvo Penta of the Americas

With a 114-year tradition of innovation, engineering ex-