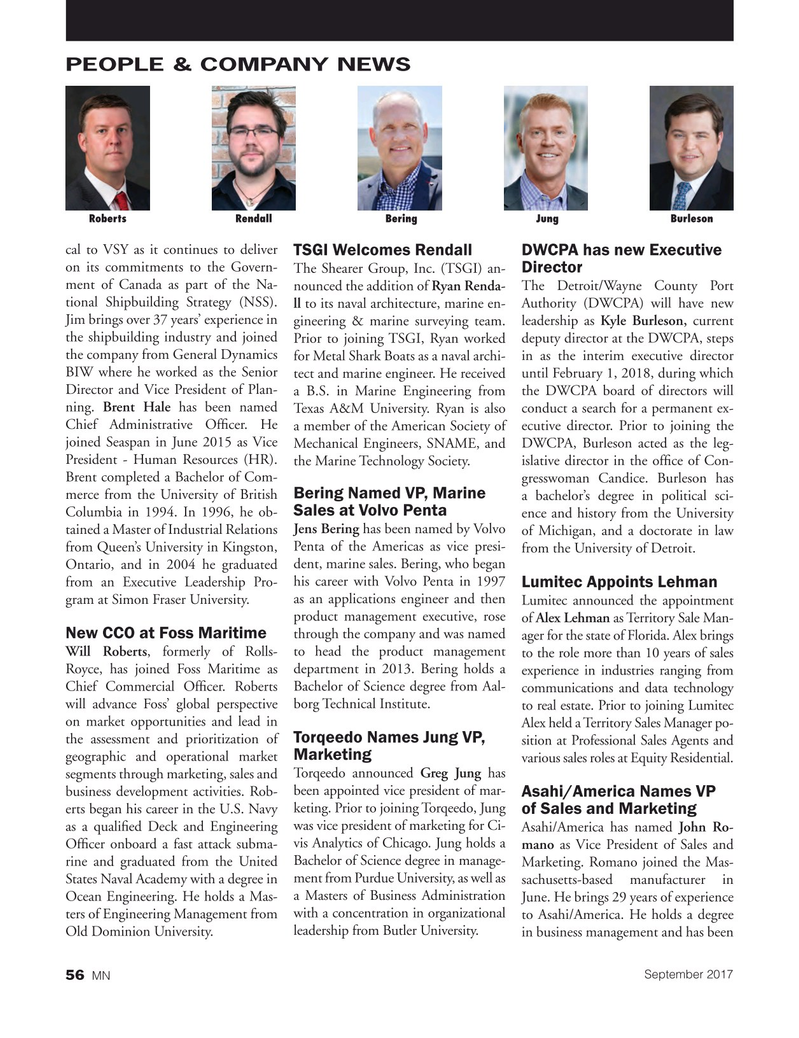 TSGI Welcomes Rendall DWCPA has new Executive on its commitments to the Govern- The Shearer Group, Inc. (TSGI) an-

Director ment of Canada as part of the Na- nounced the addition of Ryan Renda- The Detroit/Wayne County Port tional Shipbuilding Strategy (NSS). ll to its naval architecture, marine en- Authority (DWCPA) will have new

Jim brings over 37 years’ experience in gineering & marine surveying team. leadership as Kyle Burleson, current the shipbuilding industry and joined Prior to joining TSGI, Ryan worked deputy director at the DWCPA, steps the company from General Dynamics for Metal Shark Boats as a naval archi- in as the interim executive director

BIW where he worked as the Senior tect and marine engineer. He received until February 1, 2018, during which

Director and Vice President of Plan- a B.S. in Marine Engineering from the DWCPA board of directors will ning. Brent Hale has been named Texas A&M University. Ryan is also conduct a search for a permanent ex-