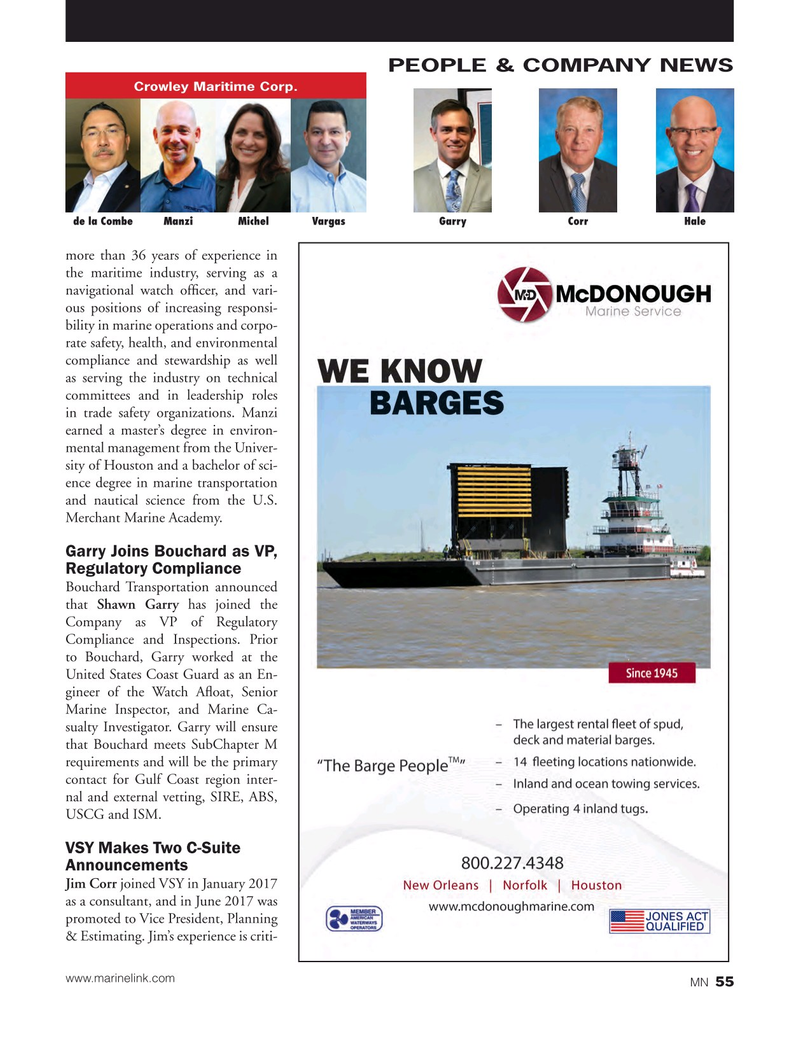 Garry Corr de la CombeManziMichelVargasHale more than 36 years of experience in the maritime industry, serving as a navigational watch of? cer, and vari- ous positions of increasing responsi- bility in marine operations and corpo- rate safety, health, and environmental compliance and stewardship as well as serving the industry on technical committees and in leadership roles in trade safety organizations. Manzi earned a master’s degree in environ- mental management from the Univer- sity of Houston and a bachelor of sci- ence degree in marine transportation and nautical science from the U.S.

Bouchard Transportation announced that Shawn Garry has joined the

Company as VP of Regulatory

Compliance and Inspections. Prior to Bouchard, Garry worked at the

United States Coast Guard as an En- gineer of the Watch A? oat, Senior

Jim Corr joined VSY in January 2017 as a consultant, and in June 2017 was promoted to Vice President, Planning & Estimating. Jim’s experience is criti- www.marinelink.com