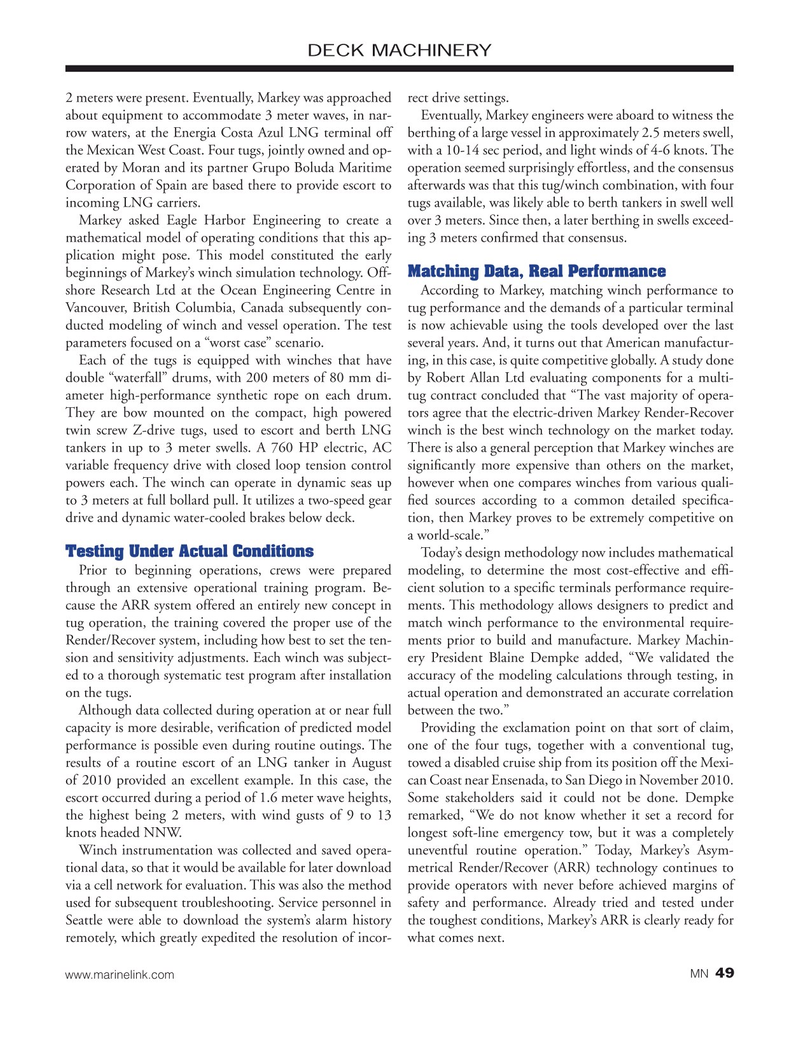 about equipment to accommodate 3 meter waves, in nar- Eventually, Markey engineers were aboard to witness the row waters, at the Energia Costa Azul LNG terminal off berthing of a large vessel in approximately 2.5 meters swell, the Mexican West Coast. Four tugs, jointly owned and op- with a 10-14 sec period, and light winds of 4-6 knots. The erated by Moran and its partner Grupo Boluda Maritime operation seemed surprisingly effortless, and the consensus

Corporation of Spain are based there to provide escort to afterwards was that this tug/winch combination, with four incoming LNG carriers. tugs available, was likely able to berth tankers in swell well

Markey asked Eagle Harbor Engineering to create a over 3 meters. Since then, a later berthing in swells exceed- mathematical model of operating conditions that this ap- ing 3 meters con