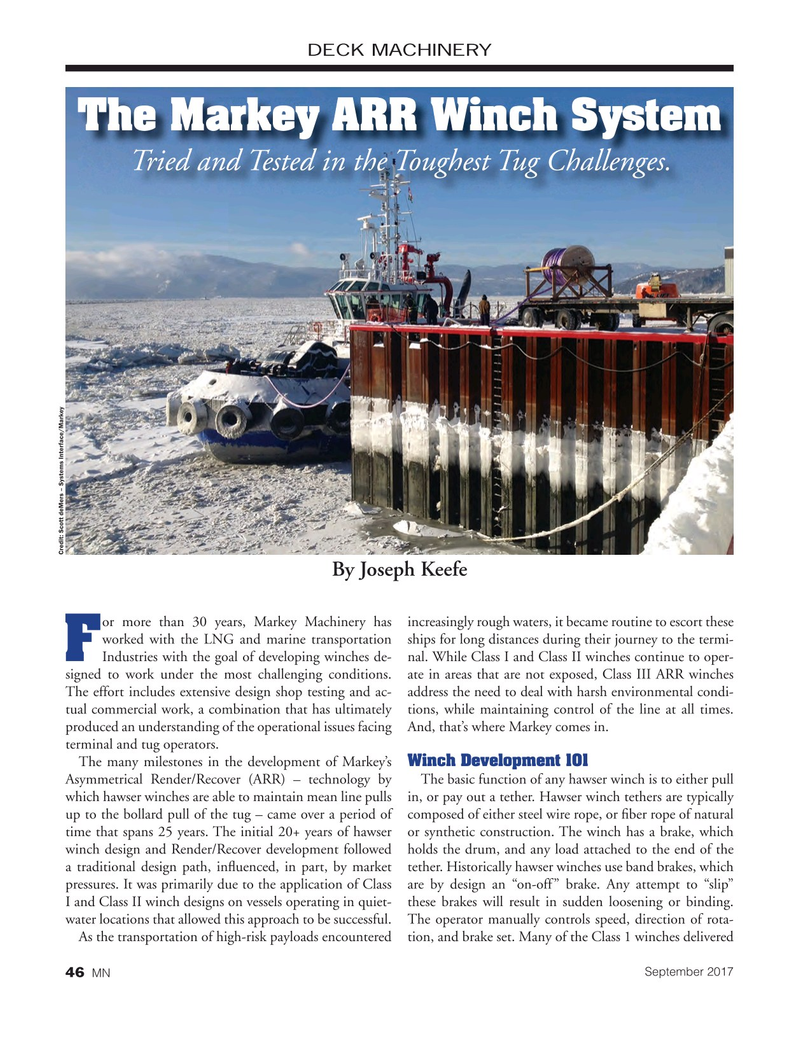 Tried and Tested in the Toughest Tug Challenges.

By Joseph Keefe or more than 30 years, Markey Machinery has increasingly rough waters, it became routine to escort these worked with the LNG and marine transportation ships for long distances during their journey to the termi-

Industries with the goal of developing winches de- nal. While Class I and Class II winches continue to oper- signed to work under the most challenging conditions. ate in areas that are not exposed, Class III ARR winches

The effort includes extensive design shop testing and ac- address the need to deal with harsh environmental condi- tual commercial work, a combination that has ultimately tions, while maintaining control of the line at all times. produced an understanding of the operational issues facing And, that’s where Markey comes in.

Asymmetrical Render/Recover (ARR) – technology by The basic function of any hawser winch is to either pull which hawser winches are able to maintain mean line pulls in, or pay out a tether. Hawser winch tethers are typically up to the bollard pull of the tug – came over a period of composed of either steel wire rope, or