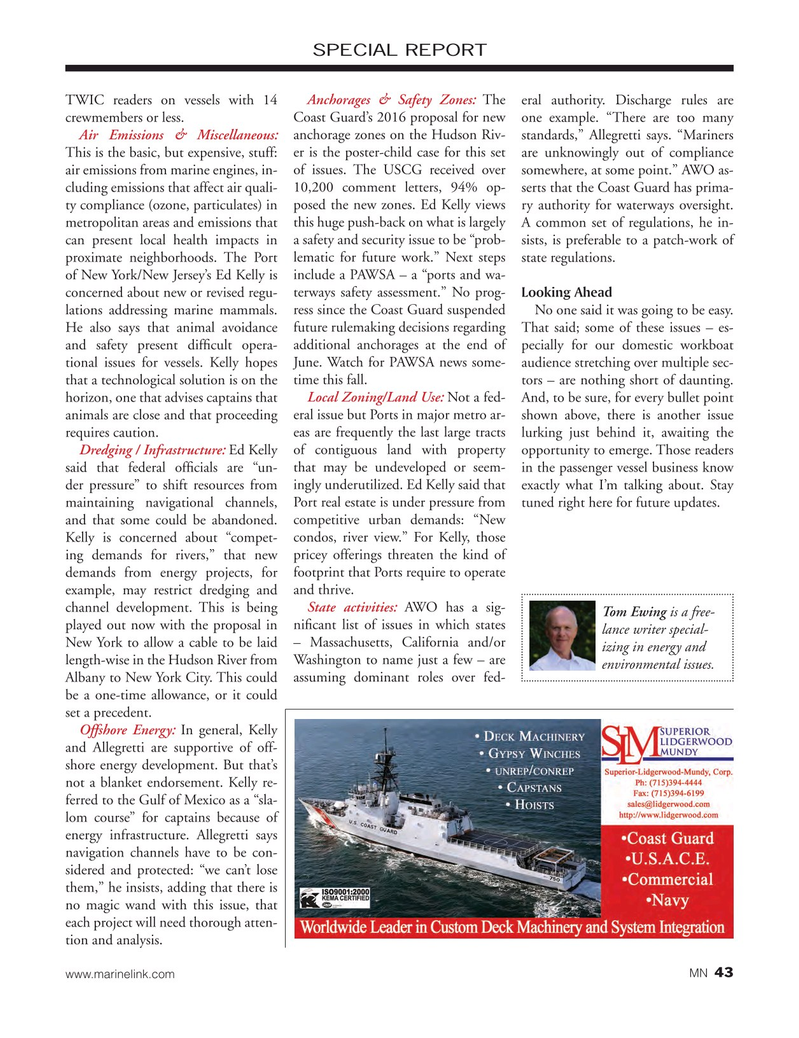 TWIC readers on vessels with 14 Anchorages & Safety Zones: The eral authority. Discharge rules are crewmembers or less. Coast Guard’s 2016 proposal for new one example. “There are too many

This is the basic, but expensive, stuff: er is the poster-child case for this set are unknowingly out of compliance air emissions from marine engines, in- of issues. The USCG received over somewhere, at some point.” AWO as- cluding emissions that affect air quali- 10,200 comment letters, 94% op- serts that the Coast Guard has prima- ty compliance (ozone, particulates) in posed the new zones. Ed Kelly views ry authority for waterways oversight. metropolitan areas and emissions that this huge push-back on what is largely A common set of regulations, he in- can present local health impacts in a safety and security issue to be “prob- sists, is preferable to a patch-work of proximate neighborhoods. The Port lematic for future work.” Next steps state regulations.

of New York/New Jersey’s Ed Kelly is include a PAWSA – a “ports and wa- concerned about new or revised regu- terways safety assessment.” No prog- Looking Ahead lations addressing marine mammals. ress since the Coast Guard suspended No one said it was going to be easy.

He also says that animal avoidance future rulemaking decisions regarding That said; some of these issues – es- and safety present dif