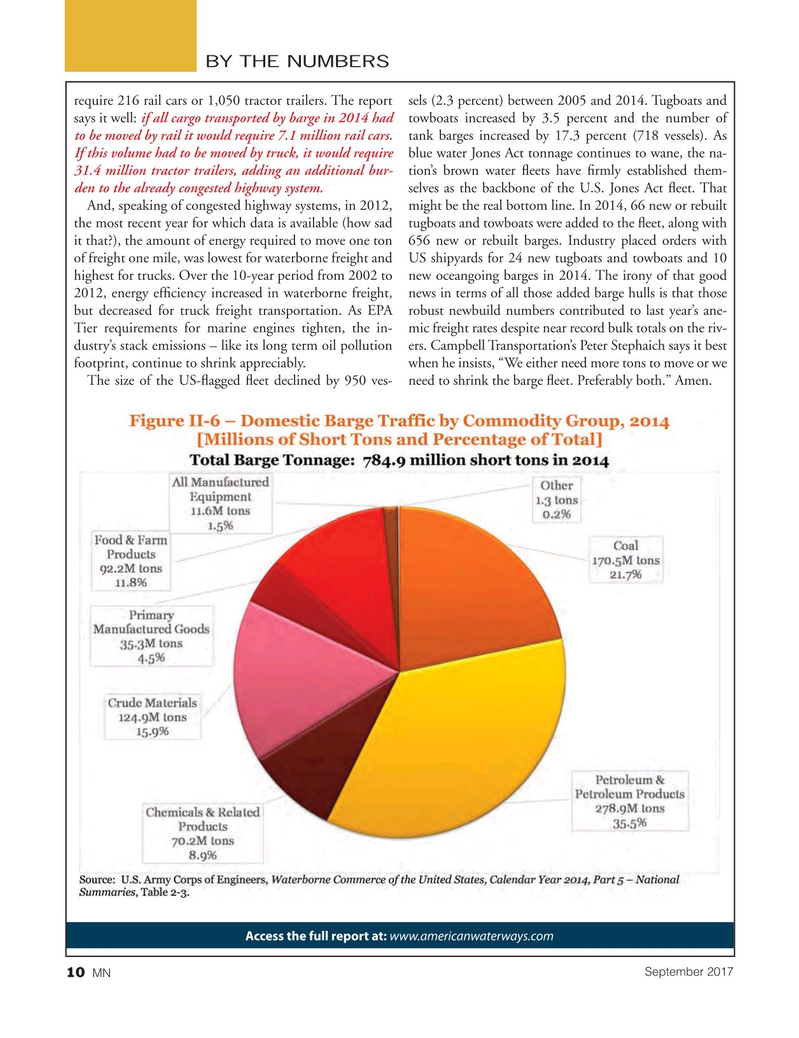 If this volume had to be moved by truck, it would require blue water Jones Act tonnage continues to wane, the na- 31.4 million tractor trailers, adding an additional bur- tion’s brown water ? eets have ? rmly established them- den to the already congested highway system. selves as the backbone of the U.S. Jones Act ? eet. That

And, speaking of congested highway systems, in 2012, might be the real bottom line. In 2014, 66 new or rebuilt the most recent year for which data is available (how sad tugboats and towboats were added to the ? eet, along with it that?), the amount of energy required to move one ton 656 new or rebuilt barges. Industry placed orders with of freight one mile, was lowest for waterborne freight and US shipyards for 24 new tugboats and towboats and 10 highest for trucks. Over the 10-year period from 2002 to new oceangoing barges in 2014. The irony of that good 2012, energy ef? ciency increased in waterborne freight, news in terms of all those added barge hulls is that those but decreased for truck freight transportation. As EPA robust newbuild numbers contributed to last year’s ane-

Tier requirements for marine engines tighten, the in- mic freight rates despite near record bulk totals on the riv- dustry’s stack emissions – like its long term oil pollution ers. Campbell Transportation’s Peter Stephaich says it best footprint, continue to shrink appreciably. when he insists, “We either need more tons to move or we